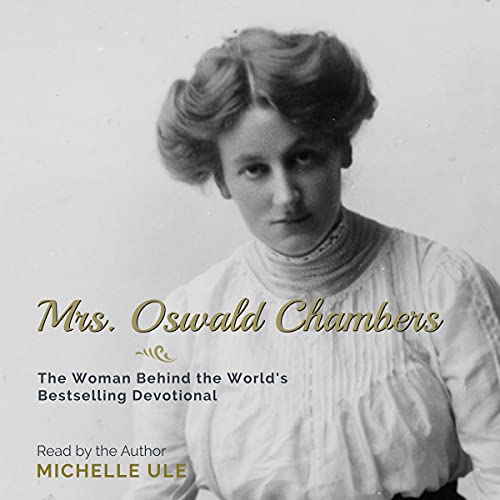 Among Christian devotional works, My Utmost for His Highest stands head and shoulders above the rest, with more than 13 million copies sold. But most listeners have no idea that Oswald Chambers' most famous work was not published until 10 years after his death. The remarkable person behind its compilation and publication was his wife, Biddy. And her story of living her utmost for God's highest is one without parallel.

Best-selling novelist Michelle Ule brings Biddy's story to life as she traces her upbringing in Victorian England to her experiences in a WWI YMCA camp in Egypt. Listeners will marvel at this young woman's strength as she returns to post-war Britain a destitute widow with a toddler in tow. Refusing personal payment, Biddy proceeds to publish not just My Utmost for His Highest, but also 29 other books with her husband's name on the covers. All the while she raises a child alone, provides hospitality to a never-ending stream of visitors and missionaries, and nearly loses everything in the London Blitz during WWII.

The inspiring story of a devoted woman ahead of her times will quickly become a favorite of those who love true stories of overcoming incredible odds, making a life out of nothing, and serving God's kingdom.