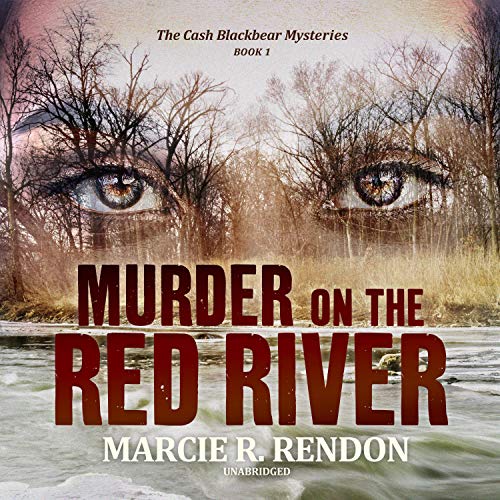 Murder on the Red River

A murdered man in a field. The sheriff needs Cash - a 20-something tough, smart Indian woman with special seeing powers.

Cash and Sheriff Wheaton make for a strange partnership. He pulled her from her mother's wrecked car when she was 3. He's kept an eye out for her ever since. It's a tough place to live - northern Minnesota along the Red River. Cash navigated through foster homes, and at 13 was working farms. She's tough as nails, 5 feet, 2 inches, blue jeans, blue jean jacket, smokes Marlboros, drinks Bud Longnecks. Makes her living driving truck. Playing pool on the side.

Wheaton is big lawman type. Maybe Scandinavian stock, but darker skin than most. He wants her to take hold of her life. Get into junior college. So there they are, staring at the dead Indian lying in the field. Soon Cash was dreaming the dead man's cheap house on the Red Lake Reservation, mother and kids waiting. She has that kind of power. That's the place to start looking. There's a long and dangerous way to go to find the men who killed him. Plus there's Jim, the married white guy. And Long Braids, the Indian guy headed for Minneapolis to join the American Indian Movement.

What listeners say about Murder on the Red River

Did I miss the ending

It was a great book, but the story ended suddenly with no ending - what did I miss?

In all my life as a Native who grew up around white people this was possibly the most relatable content I've had rhe pleasure of reading. Thank you, I will continue supporting Native women and people as we all have something to offer this world, I believe it now more than I did before listening.

This was a great audible about Native Americans, stereotypes, and a good murder mystery. I am a black woman so I love reading and learning about different races and cultures. The descriptions given in this audible were very visual for me. The storyline was strong and believable. The main character was strong, smart, and but very sad because of her childhood. The narration fit perfectly! I hope this story continues with the same characters. I would love to see Cash go to school and join law enforcement with Winston.

Narration was too distracting

I’m not sure if this was intentional, or if all of Siiri Scott’s narrations sound this way, but I hated it. It is as if Scott is speaking in a super quiet, barely voiced whisper. There is very little inflection or range of expression, just this super chill, half asleep, don’t have the energy to use my actual speaking voice, whisper. I had to really concentrate to make myself focus on the story, which I really enjoyed. I want to listen to the next book in the series, but I don’t think I can face more of Scott’s voice.

I enjoyed this book...not so much on the mystery but mostly learning about the main character. Hoping now that Cash has been introduced, the next story will include more on mystery action. I think Siiri Scott did an excellent job of narrating book.

The narrator is so terrible!

I have fairly low standards for narration….but this one whispers the whole book! What in the world!? ❗️🤦🏽‍♀️

Not my favorite. Story line okay. Narrator's voice not as clear as others i have listened to.

I liked the narration with good quality of the Ojibway language and actual sound of the language. The story was well written and kept my interest. I hope there is a sequel!

Very good story and interesting characters. Excited to get to know Cash and Sheriff in future books!

I really enjoyed this book. I learned so much about the Indian history and how mistreated they endured.