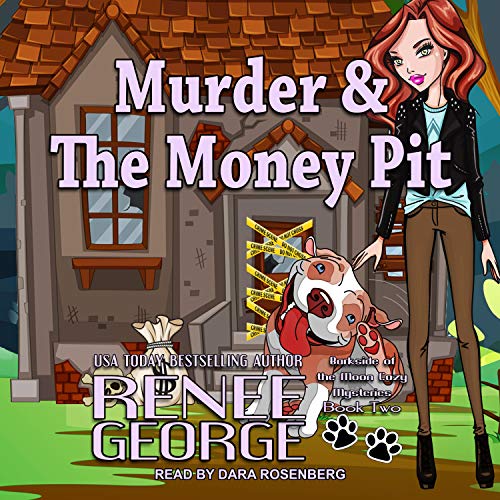 Written by: Renee George
Narrated by: Dara Rosenberg
Try for $0.00

Sometimes, trying to be part of the human world can be a real killer....

Cougar-shifter Lily Mason is ready to put down roots in the human town of Moonrise, Missouri. She only has two problems: her attraction and proximity to Parker Knowles, her boss at the Pit Bull Rescue Shelter, and her need to shift into animal form more than once a month.

When she gets the opportunity to buy a "fixer-upper" outside of Moonrise with plenty of room to get wild without running into easily freaked-out humans, Lily jumps at the chance. Smooshie, Lily's lovable pit bull and partner in chaos, is eager to participate with the home improvements. Unfortunately, Smooshie's help includes digging out a mummified body from the living room wall.

Lily is still recovering from the last murder investigation she got involved in - and she's not looking forward to being in the middle of another one. The case gets even stickier when Lily's landlord is murdered, rumors of a heist gone wrong run rampant, and Parker's old high school buddies have returned to Moonrise, thus increasing the suspect pool. Lily's attempts to become a bona fide citizen of Moonrise might well be thwarted by this newest complication - especially when the murderer sets sights on her.

What listeners say about Murder & the Money Pit

Holes in the story

This series is developing very nicely. Lily Mason gets a loan from her Witch friend, Hazel Kinsey, & buys some property with a fixer upper house on the outskirts of Moonrise, MO. She has already found dead bodies in each of the first two episodes of the series & this story is no exception. Of course neither of the other bodies were found stuffed between the walls of her previous place of abode. Lily is pulling the wallboard from her newly purchased home when her pittie, Smooshie digs the mummified body from the wall. This starts a series of events that bring Lily & Parker to the brink of being murdered. A lot of secrets come to light by story’s end. This tale is fast moving & I couldn’t stop listening until the last words were spoken. Yes, I’ve already purchased the next book in this series. If you’re not bothered by light paranormal, this is a good cozy mysteries choice.