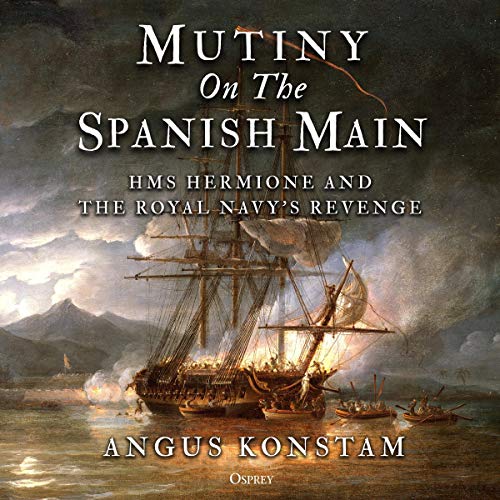 Mutiny on the Spanish Main

Written by: Angus Konstam
Narrated by: Sid Sagar
Try for $0.00

Mutiny on the Spanish Main tells the dramatic story of HMS Hermione, a British frigate which, in 1797, was the site of the bloodiest mutiny in British naval history, which saw the death of her captain and many of her officers. Though her crew handed her over to the Spanish, Hermione was subsequently recaptured in a daring raid on a Caribbean port two years later. Drawing on letters, reports, ship's logs and memoirs of the period, as well as previously unpublished Spanish sources, Angus Konstam intertwines extensive research with a fast-paced but balanced account of the mutiny and its consequences.

Supported by informative inserts on the technical and tactical nuances of seamanship and naval warfare in the period, this book is both a fascinating narrative retelling and an informative guide to one of the most notorious events in the history of the Royal Navy.

What listeners say about Mutiny on the Spanish Main