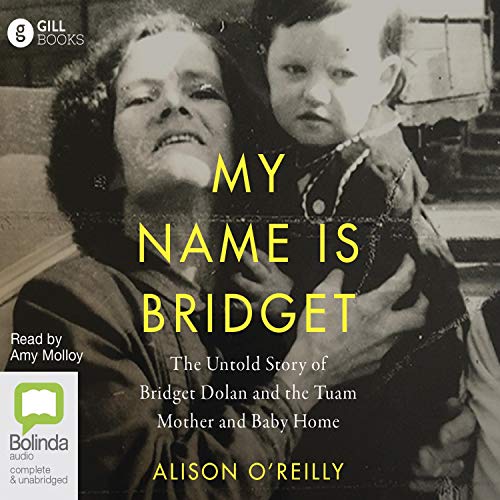 My Name Is Bridget

Written by: Alison O'Reilly
Narrated by: Amy Molloy
Try for $0.00

In 1946, 26 year-old Bridget Dolan walked up the path to the front door of the Tuam Mother and Baby Home.

Alone and pregnant, she was following in the footsteps of more than a century’s worth of lost souls. Shunned by society for her sins and offered no comfort for her pain, Bridget gave birth to a boy, John, who died at the home in a horrendous state of neglect less than two years later. Her second child was once again delivered into the care of the nuns and was taken from her, never to be seen or heard from again.

She would go on to marry a wonderful man and have a daughter, Anna Corrigan, but it was only after Bridget’s death that Anna discovered she had two brothers her mother had never spoken about. In the aftermath of the explosive revelations that the remains of 796 babies had been found in a septic tank on the site of the Tuam Mother and Baby Home, she became compelled to try and find out if her baby brothers’ remains were among them.

Here, Anna and Alison O’Reilly piece together the erased chapter of the life of Bridget Dolan and her forgotten sons, reminding us that we must never forget what was done to the women and children of the Tuam Mother and Baby Home.

What listeners say about My Name Is Bridget