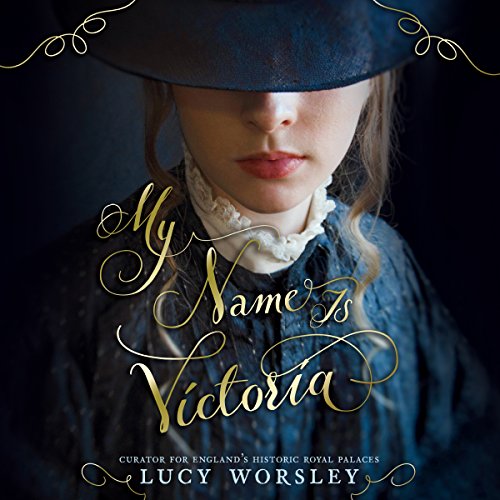 My Name Is Victoria

By turns thrilling, dramatic, and touching, this is the story of Queen Victoria's childhood as you've never heard it before.

Miss V. Conroy is good at keeping secrets. She likes to sit as quiet as a mouse, neat and discreet. But when her father sends her to Kensington Palace to become the companion to Princess Victoria, Miss V soon finds that she can no longer remain in the shadows. Her father is Sir John Conroy, confidant and financial advisor to Victoria's mother, and he has devised a strict set of rules for the young princess that he calls the Kensington System. It governs Princess Victoria's behavior and keeps her locked away from the world. Sir John says it's for the princess's safety, but Victoria herself is convinced that it's to keep her lonely and unhappy. Torn between loyalty to her father and her growing friendship with the willful and passionate princess, Miss V has a decision to make: continue in silence or speak out. In an engaging, immersive tale, Lucy Worsley spins one of England's best-known periods into a fresh and surprising story that will delight both young readers of historical fiction and fans of the television show featuring Victoria.

Something to think about...

I liked the story but found the delivery a little flat almost monotonous at times.

You will have to read to know what I mean. Definitely Victorian novel - if you like these type of novels, you will enjoy.

The story is so believable!
Henrietta's voice is mesmerizing.
Thank you Ms Worsley for sharing your imagination!

One of my favorite audio book so far, a very intriguing story and the narrator was a pleasure to listen too. I recommend this to anyone who enjoys history fiction or stories about the royal family in general. 5 stars!

Dr Lucy Worsley, former chief curator of Kensington Palace, author, historian and presenter of beloved BBC history programs has written a charming story of the upbringing of the future Queen Victoria and her companion-in-waiting prior to her ascension to the throne. Part history, part fantasy, it is an intimate look at a secluded and controlled world full of suspicion and danger with an lovely little twist at the end. It makes you wonder what Lucy knows!! A good read for young adults and up.

Sorry, just couldn't finish. Listened for awhile but it just did not catch my interest. Really didn't care for the narration, either.

What a brilliant idea! Worsley Rules!
I hope she will write more alternative history in the future.

history and a twist

This book was a perfect distraction for my commute. Enough historical detail.for the characters to be real, with enough fiction to make it a really fun read.