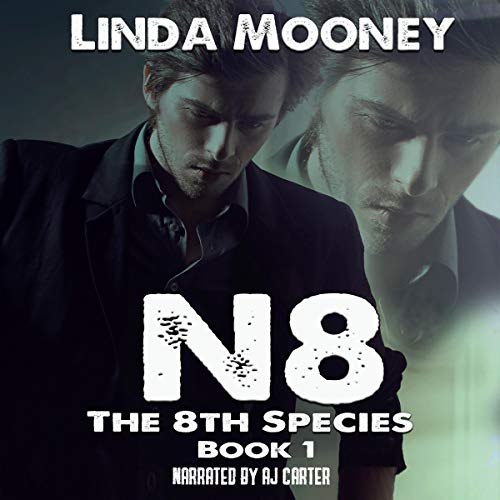 Written by: Linda Mooney
Narrated by: A.J Carter
Try for $0.00

Born with special abilities, N8 and the rest of “the children” have lived underground their entire lives, where they’ve been led to believe there was a nuclear war that left the Earth’s surface uninhabitable. The scientists chose what information they were given, what TV shows and movies they could watch, as well as what they were allowed to eat. It was only a matter of time before he and the others started questioning their very existence.

They've endured brutal experiments and testing since birth, but to what end? When will it stop? They realize it won’t, unless they do something about it.

Cydney Huddleston works for corporation, but she can’t stand how the company is treating “the children”. N8 and the others know nothing of real life outside of the underground labs they’re forced to live in, or the lies they’ve been fed. When she’s ordered to seduce N8, she makes a decision that will ruin her career, and possibly cost her her life, but it’s worth it to free the innocent ones who have never breathed fresh air, seen the stars, or even felt love.

Out of thousands of attempts to create an 8th Species, only six survived, and they must stick together. The question is, who can they trust with their secrets?

Because the truth has the power to set them free. Literally.

What listeners say about N8