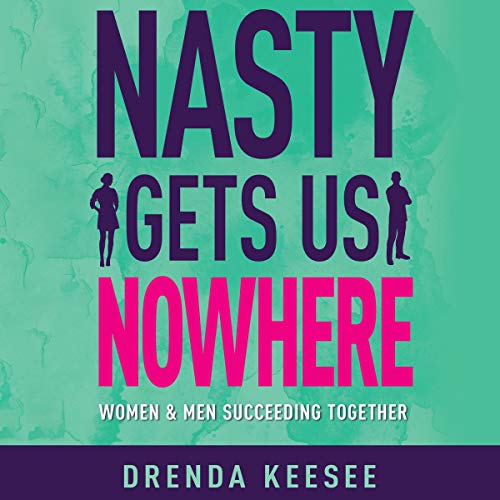 Nasty Gets Us Nowhere

In today’s culture war of feminism, sexual fluidity, and confused gender roles, Nasty Gets Us Nowhere offers insight and answers that are rarely heard, especially in the media.

Exposed to the feminist message while in high school, author Drenda Keesee became a strong supporter of the movement, abandoning the idea of marriage and children...until life became unbearable. “Fortunately, when I came to the end of me, God was there”, she says.

In Nasty Gets Us Nowhere, Drenda provides statistics and solutions to confront the lies that she sees invading our culture at an accelerated pace and tells the true story that no one wants to talk about.

Drenda reveals why men and women have conflict, what God’s plan for unity is, and how men and women can unite to create an unstoppable force.

What listeners say about Nasty Gets Us Nowhere

Loved the book, setting us free from the lies of the enemy! How God can take are mess and make a masterpiece is His specialty. Can't express with words how grateful I am for reading this book and Pastors Keesee for sharing so many moments in their lives of how God's grace has helped them succeed together! Definitely Nasty will get us nowhere. I would even recommend for singles or people getting ready to find the life partner since the treasures this books shares are invaluable.