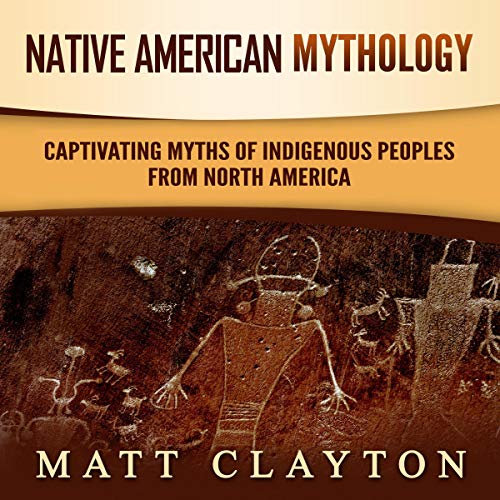 If you're looking for a captivating collection of Native American myths, then pay attention...

The author of this audiobook has endeavored to provide at least one myth from every major culture group in North America: Arctic, Subarctic, Plateau, Northwest Coast, Great Basin, Great Plains, California, Southwest, Southeast, and Northeast Forest.

Of the many different genres of story available, four are chosen for this present volume. The first has to do with the origins of things, either of the world in its entirety or some aspect thereof that was significant to the people who created the story. The other side of creation is death. And so, the second section concerns tales of ghosts and monsters - some terrifying, some friendly, and some the victims of prank-playing living people.

However, out of the acts of destruction wrought by supernatural beings, there is often something new created or a change worked that is necessary for the world to function properly.

Tricksters and heroes occupy the third and fourth sections of the book, respectively. Coyote is, of course, a favorite trickster character for most North American indigenous groups, while Raven is important to peoples in the Pacific Northwest and Arctic regions. Beaver is a trickster for the Nez Perce of the Columbia River Plateau, and for the Pomo of California, little Woodrat also lives by his wits. These tricksters are, by turn, clever, gullible, victor, and victim. But always, there is a moral lesson to be learned from the stories of their adventures.

The final section of the book presents stories of indigenous heroes. Many of these heroes are shared by multiple cultures, usually within the same or adjacent culture areas.

So, if you want a captivating collection of Native American myths, click the “buy now” button!