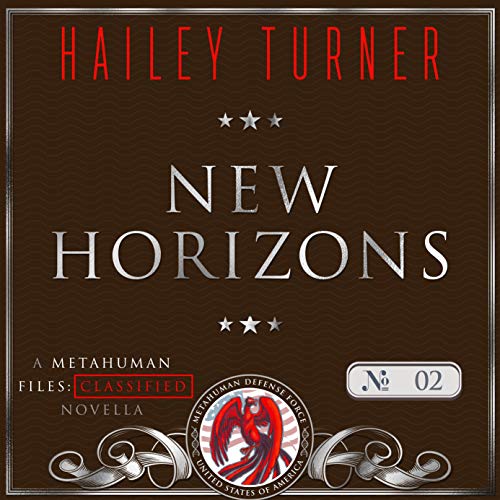 Written by: Hailey Turner
Narrated by: Greg Boudreaux
Try for $0.00

First do no harm.

Trevor Sanchez left behind a life of war with Alpha Team for a future in medicine. Pursuing his dream of becoming a doctor, Trevor doesn’t have much time for anything other than studying for the next exam in his accelerated medical school. When the Sons of Adam attack the teaching hospital he attends, Trevor can’t stand by and do nothing, especially not when someone’s life is in danger. When that life involves a gorgeous, funny paramedic, Trevor knows he’s in trouble.

Paramedic Brendan Kane never thought rescuing a patient’s life would put his own at risk. Being targeted by a terrorist group was never covered in his medical training. When his security detail comes with a former member of Alpha Team, Brendan discovers a silver-lining to the situation. Trevor is hot like fire and oh so sexy, taking up space in Brendan’s life in unexpected ways that he’s reluctant to give up.

Trevor and Brendan must navigate their way through danger and a searing connection that leaves them both wanting more. If they hope to give the spark burning between them a chance to ignite, they’ll have to outlast the enemy first.

What listeners say about New Horizons

Yay! Trevor gets his own story!!

I always liked Trevor Sanchez, aka Bones, the medic of Alpha team. and this novella delivered everything!! (including telekinetic wall sex, rowr) and Greg Boudreaux, as always, was awesome!

A steady dose of action and romance!

I am so glad Trevor finally got his story.
Brendan and Trevor were perfect together. This one had a good dose of action and romance which is always an enjoyable combination for me.
Greg Boudreaux performed an exemplary narration as always.

Absolutely adored this novella ❤ It gives wonderful insight to Trevor Sanchez and his amazing telekinetic abilities. I love meeting new characters! Hailey Turner is a scholar at making me fall in love with everyone she writes. Brendan the paramedic is no exception 😊 He's adorable and so relatable with work ethic and passion, not to mention the trauma he is currently working through. This pairing is beautifully composed and I love it! Five stars! ⭐️⭐️⭐️⭐️⭐️

Short but packed with action!

Lots of action and the takedown of another cell of bad guys, meanwhile ‘Bones’ finds a “friend” ;) Great short story.

Narration: I will listen to anything by Greg - love him! He has a great range of voices for this series and packs a lot of emotion into his performances.

Story: Very short but fun and entertaining story. I appreciate these Metahuman novellas because we get to know Metahuman characters better. Loved getting to see more of Trevor and getting to know Brendan. These two are fire together! A must read if you’ve read the Metahuman series.

Loved the story! The narrator did a great job giving each character their own tone of voice.

This is the second book in The Metahuman Files: Classified Series. Although it is a shorter book that bridges book 5 and book 6 of the Metahuman Files Series. So, it is really Book 5.5. And you really do need to read the previous books especially book In The Requiem. A sensational book the writing was amazing. The plot was entertaining and it was steady throughout the book. I found the story and characters captivating. The characters were well developed and thought out. Trevor and Brendan are the MC’s of this book. There was humor, gun fire, MDF, Police, attacks, protection, school and so much more in this book. My only complaint about this book is that it ended too soon, even though the story was told (and well) I wanted more from these two men. The narration was really good not monotone with different voices for each character. I can highly recommend this book as a good read/listen. I voluntarily read an advance copy of this book for an honest review.

You can use telekinesis that way


A new side CP story from our Alpha team! A sexy, powerful and hot Doctor Trevor and yummy Paramedic Brendan, what’s not to like?!?!

Trevor thought he has left the life of excitement and danger behind when he decided to become a doctor but life obviously has other plans for him. First, he didn’t plan to fall in love which he did. Second, he thought he was done with danger and excitement which obviously he wasn’t. But Brendan is worth it.

It’s a little short considering this is a new couple but I gobbled it up just the same. As always, Greg’s narration is superb. Enjoyed it a lot.

wonderful narration! great world building. I love these little side scenes looking into the Metahuman series

Loved this short novella in the Metahuman Files series by Hailey Turner. It works as a standalone a little bit better than the first but I warn you, if you listen, you will be hooked! Greg Boudreaux is fantastic, as usual!

The narration was great and I loved Trevor got his own book with his own love interest. I was completely and thrilled with this short little room romance that had some of the kinkiest heat and telekinesis bondage I had no idea that this story was going to be so great