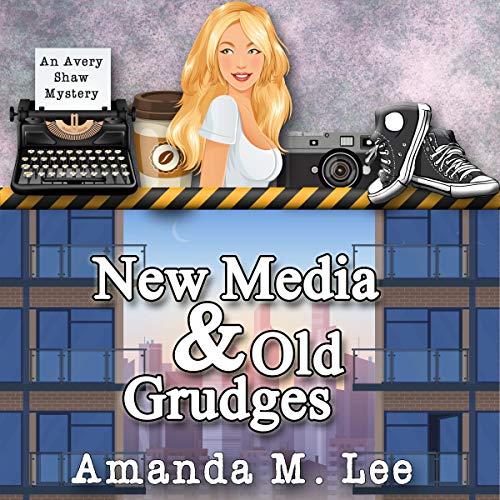 Avery Shaw likes to win. Unfortunately, her single-minded focus on being declared victor tends to get her into trouble. That’s never more true than when she decides to take on her archnemesis Tad Ludington.

With an election coming up, Avery is ready to let her freak flag fly in an attempt to get Tad to show his true colors on television...thus sabotaging his chance at getting into office. That backfires when, after a truly epic meltdown, Tad is shot and left for dead in his own home.

Sheriff Jake Farrell knows Avery isn’t guilty but his belief doesn’t matter when the case is taken away from him and given to the Michigan State Police. The incoming investigator zeroes in on Avery almost instantly...and makes her life a living hell.

In addition to Tad, who is fighting for his life in the hospital, Avery also has to grapple with Eliot’s former employee Fawn, a woman who won’t stop flapping her lips about Avery’s probable guilt...all because she holds a grudge and finally has a platform to express it.

Avery is in a bind. She’s been banned from covering Tad’s attack and the election, and she’s being called a “suspect” on every television station in the state. If she wants to clear her name, she’s going to need help.

There’s little more she loathes than asking for help. She has no choice this time.

Avery has always attracted weirdos. This go-around, those weirdos are going to come to her defense. It’s going to take a motley band of colorful characters to save Macomb County’s favorite intrepid reporter.

Will they be up for the challenge?

What listeners say about New Media and Old Grudges

Great book hard to put down

Amanda M. Lee has a way with making me laugh and cry through them. Avery, Elliot and Jake are great. I love Elliot's nickname for Avery because she finds trouble around every corner. I love to read books that get my emotions involved. I can't wait to read more of the books.

I laughed so hard that my side hurt
and Mario just made it even better with some of his comments. I seriously enjoyed this book and couldn't stop laughing at some of the spots.

Avery wants to win and a lot of madcap when she is around. The election she is to be doing is getting her into a lot of trouble with a lot of people, trying to show the true colors of her opponent.
Good story and narration. Given audio for my voluntary review

I think this is the best yet. you will never in a million years figure out who shot Tad Ludington and try to pin it on Avery. Shes as sparky as ever and then Elliott shocks her. Gotta listen to this one.

Fawn! oh. my. Goodness!! That woman drove me LoonieToons!! im just sooo glad that obnoxious viper is no longer relevant!🌞

I loved this installment in the series. It was well written and very well narrated by Angel Clark—she does a great job of using very different voices for each character so I can tell them apart. The plot kept me guessing and I couldn’t stop listening!

Avery is as awesome as ever! Lots of good things going on with Avery and Elliot.

as always with Amanda books it was great avery is a wonderful series!! @ !