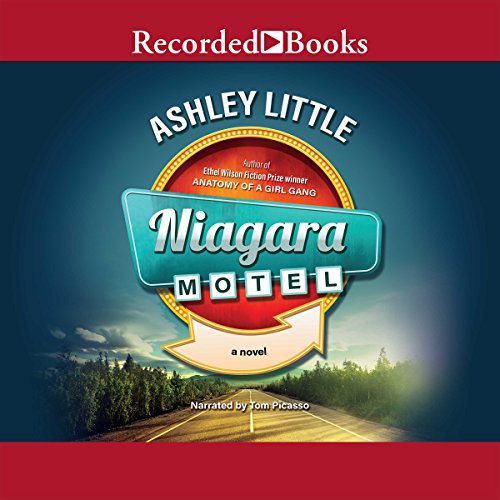 Written by: Ashley Little
Narrated by: Tom Picasso
Try for $0.00

Set in the early 1990s, Ashley Little's follow-up to her award-winning novel Anatomy of a Girl Gang introduces listeners to 11-year-old Tucker Malone - the only child of a narcoleptic touring stripper - who believes his father is Sam Malone, the Boston barkeep who regularly appears on Tucker's TV screen. He and his mother move from motel to motel until, one night in Niagara Falls, his mother is hit by a car after falling asleep in the street.

Tucker is sent to live in a youth group home where he meets Meredith, a pregnant 16-year-old with hopes of her own; he convinces her to join him on a road trip across the border to America in order to find his father, which takes them from Boston to the West Coast. Along the way they encounter some of the most notorious criminals of the 1990s and arrive in Los Angeles just as the Rodney King riots are unfolding.

His cross-country search becomes an epic depiction of mid-'90s America at a crossroads as seen through the eyes of a boy for whom finding his father is the one thing that will make him whole. Told in spare, straightforward prose, Niagara Motel is a biting chronicle during the rise of mass media in the decade that defined the MTV generation and the bittersweet story of a young boy who must learn hard lessons on his way to becoming a man.

Ashley Little is the author of Anatomy of a Girl Gang, winner of the Ethel Wilson Fiction Prize and long-listed for the Dublin IMPAC Literary Award.

What listeners say about Niagara Motel