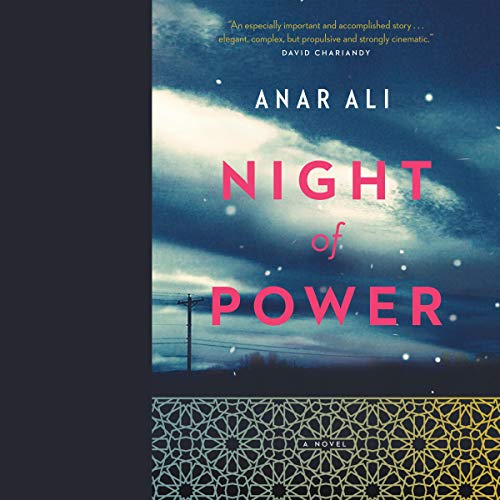 "A searing and beautiful novel." (Lawrence Hill, author of The Book of Negroes and The Illegal)

A portrait of a Muslim family - from the heady days in Uganda to hard times in a new country, and the tragic accident that forces them to confront the ghosts of the past

It's 1998. And Mansoor Visram has lived in Canada for 25 years, ever since dictator Idi Amin expelled South Asians from Uganda. As a refugee with a wife and child, Mansoor has tried his best to recreate the life they once had, but starting over in Canada has been much harder than he expected. He's worked as a used car salesman, as a gas station attendant, and now he runs a small dry cleaner in suburban Calgary. But he's hatching plans for a father-and-son empire that will bring back the wealth and status the Visrams enjoyed in Uganda.

The problem is, his son Ashif does not share his dreams, and he's moved across the country to get away from his father. He's a rising star at a multi-national corporation in Toronto, on the cusp of a life-changing promotion, but he can't seem to forget his girlfriend from long ago. Mansoor's wife, Layla, has spent the past decade running her own home-cooking business and trying to hold her family together. But Ashif rarely comes home to visit and Mansoor's pride has almost ruined their marriage. As the fissures that began generations ago - and continents away - reappear, Mansoor, Ashif, and Layla drift further and further apart.

On the Night of Power, a night during Ramadan when fates are decided for the next year, a terrible accident occurs. Will the Visrams survive this latest tragedy?

Night of Power is a heart-wrenching story of a family in crisis. Gripping and unforgettable, Anar Ali's debut novel vividly illuminates the injustices of displacement and the nuances of identity - of losing a home and coming home again.

One of CBC's list of "Fiction to Watch for This Fall"

“Night of Power is a deeply moving story of the complications of love, loss, obligation, and inheritance that can both bind a family and tear it apart. Written with great compassion for all of its characters, Anar Ali offers us a book that is tender and wise.” (Camilla Gibb, author of several novels, including Sweetness in the Belly)

“I was profoundly moved by Night of Power. Her characters have lingered in my mind long after the last page. Anar Ali is a tremendously gifted storyteller.” (Donna Morrissey, author of The Fortunate Brother)