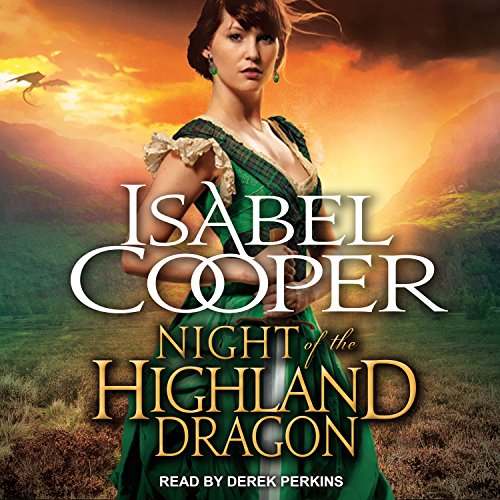 Night of the Highland Dragon

Written by: Isabel Cooper
Narrated by: Derek Perkins
Try for $0.00

In the Scottish Highlands, legend is as powerful as the sword - and nowhere is that more true than in the remote village of Loch Aranoch. Its mysterious ruler, Judith MacAlasdair, is fiercely protective of her land - and her secrets. If anyone were to find out what she really was, she and her entire clan would be hunted down as monsters.

William Arundell is on the trail of a killer. Special agent for an arcane branch of the English government, his latest assignment has led him to a remote Highland castle and the undeniably magnetic lady who rules there. Yet as lies begin to unravel and a dark threat gathers, William finds himself drawn deeper and deeper into the mystery of the Highlands...and the woman he can neither trust nor deny.

He prays she isn't the murderer; he never dreamed she'd be a dragon.

"Another incredible, unique romance from the ingenious Cooper. Smartly written, fast-paced and brimming over with magic and surprises, this is exactly what readers crave and what Cooper continues to deliver." ( RT Book Reviews)

What listeners say about Night of the Highland Dragon

Another fascinating story from this author and talented narrator. Loved the strong female characters and also loved the male lead character—so nice that he was a mature 45 and not young and reckless like in so many books. My only wish is that more information on Colin and Reggie wasn’t forthcoming—they were the characters in the last book.

Thriller, exciting, mesmerizing who done it, a story I will never tire listening to, very entertaining.

but the fact that author thinks an operating room was clean in Victorian times made this a comedy.