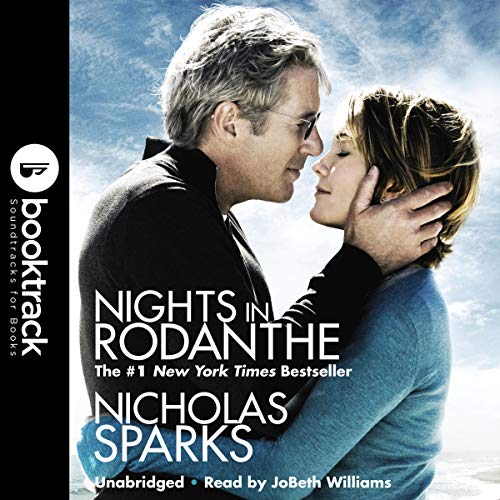 A tender story of hope, joy, sacrifice, and forgiveness, this audiobook from number-one New York Times best-selling author Nicholas Sparks is a moving reminder that love often comes when we least expect it.

Adrienne Willis is 45 and has been divorced for three years, abandoned by her husband for a younger woman. The trials of raising her teenage children and caring for her sick father have worn her down, but at the request of a friend and in hopes of respite, she's gone to the coastal village of Rodanthe in North Carolina to tend the local inn for the weekend. With a major storm brewing, the time away doesn't look promising...until a guest named Paul Flanner arrives.

At 54, Paul is a successful surgeon, but in the previous six months his life has unraveled into something he doesn't recognize. Estranged from his son and recently divorced, he's sold his practice and his home and has journeyed to this isolated town in hopes of closing a painful chapter in his past. Adrienne and Paul come together as the storm brews over Rodanthe, but what begins between them over the weekend will resonate throughout the rest of their lives, intertwining past and future, love and loss.

Nights in Rodanthe: Booktrack Edition adds an immersive musical soundtrack to your audiobook listening experience! Booktrack is an immersive format that pairs traditional audiobook narration to complementary music. The tempo and rhythm of the score are in perfect harmony with the action and characters throughout the audiobook. Gently playing in the background, the music never overpowers or distracts from the narration, so listeners can enjoy every minute. When you purchase this Booktrack edition, you receive the exact narration as the traditional audiobook available, with the addition of music throughout.

What listeners say about Nights in Rodanthe: Booktrack Edition

Sweetly Sad, that’s my takeaway. I’ve never seen the whole movie before, so I really enjoyed the book. I usually love happily ever after stories, but I found myself being okay with this ending. A wonderful story of real true love