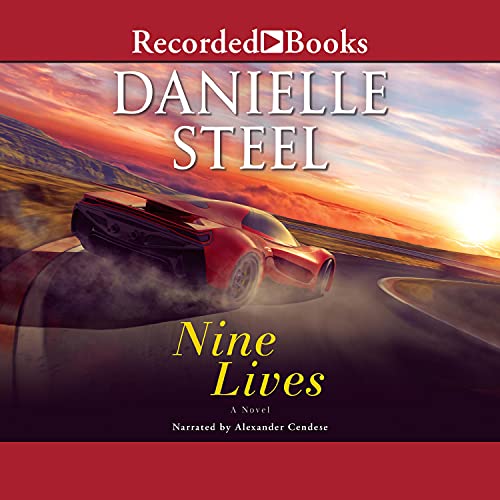 Written by: Danielle Steel
Narrated by: Alexander Cendese
Try for $0.00

A woman who longs to avoid risk at all cost learns that men who love danger are the most exciting in this moving novel from New York Times best-selling author Danielle Steel.

After a carefree childhood, Mary Margaret Kelly came of age in the shadow of grief. Her father, a dashing daredevil Air Force pilot, died when she was nine. Maggie saw her mother struggle to put their lives back together. As the family moved from one city to the next, her mother warned her to beware of daredevil men and avoid risk at all cost.

Following her mother’s advice, and forgoing the magic of first love with a high school boyfriend who was too wild to feel safe, Maggie instead sought out all the things her mother had lost - a predictable partner, a stable home, and a regular paycheck. She chose to marry a dependable, kind man who was a reliable husband and successful accountant. Together they had a son and found happiness in a conventional suburban life. Until tragedy struck again.

Now on her own, feeling a sense of adventure for the first time, Maggie decides to face her fears, setting off on a whirlwind trip from San Francisco to Rome, Paris, and Monaco. But when her travels reconnect her with the very same irresistible, thrill-seeking man she’s spent 30 years trying to forget, Maggie becomes terrified that rushing into love and sharing his life may very well end in disaster. But ultimately, while Maggie tries to outrun her fears and painful memories of her past, fate will surprise her in the most astounding of ways, as she walks the tightrope between danger and courage, and between wisdom and love.

What listeners say about Nine Lives

Danielle Steele has written another great book. I enjoy reading/ listening to your books

A lot about nothing

Boring, predictable. I struggled to finish it. Narrator was good but that's as far as good goes with this book

I used to live reading Danielle Steele books, I don’t know what had happen in recent years her story are boring and predictable and annoying.

Excellent book! Great story! As a person who doesn’t like romantic ANYTHING, I’d never thought I’d fall in love with a book like this. The narrator takes you on a heart felt and satisfying ride of the fluctuating emotional highs and lows of the main character. Almost brought me to tears. I love this book and I may just give this author’s extensive work of other books a listen♥️

I love Danielle Steel and she never fails to write great books. It’s a great read!

Love this, book listen to it twice. classic DS, been reading her books since I was 18 yrs old.now 60 .

The narrator did a terrific job but the story was a normal DS novel. Knew how it was going to end from the beginning.

I always love her books. this was one of her best. I lo rd it.

I really enjoyed this story. It reached across the years and had me remembering a young love as well. You just never know what the future holds until it arrives.

No No And No

I truly enjoy Danielle Steel books.
This one I truly wasted a credit.
I pushed through to the end. Five plus hours of white noise.

The story line is very phony. The narrator sounded more like a news anchor. Disappointing