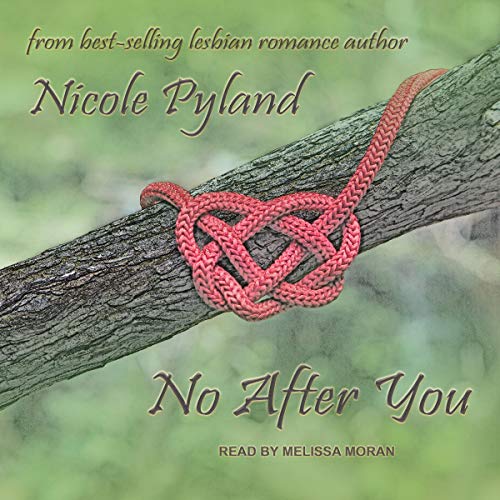 Written by: Nicole Pyland
Narrated by: Melissa Moran
Try for $0.00

Dani Wilder only intended to go to a fundraiser and donate money to a worthy cause. She had no idea that she'd meet the love of her life that night.

There were only a couple of problems with that chance meeting. Dani had a boyfriend. That chance meeting - it was with Peyton Gloss, the world's most famous music star, who also happened to be a woman.

Peyton had only planned on performing that night. When she'd seen the most beautiful woman in the world in the crowd, she had to talk to her. Dani Wilder was a beautiful, kind, smart supermodel, who also happened to have a boyfriend. When the two women spend time together, though, it's clear to both of them that this is more than merely a close friendship.

In this prequel to All the Love Songs, find out what happened the night these two met, and discover how their relationship began.

What listeners say about No After You

The story was predictable, flat and just plain stupid. No depth to any of the characters. All made worse by a robotic sounding narrator. Can’t believe I wasted a credit on this.

Very sweet romance with very likable characters and a nice storyline. It was like a warm hug.

I loved No After You. I don't want to give away any of the plot. Lesbian falls in love with a straight woman. Beautifully written. Thought provoking. Moving. Melissa Moran does an excellent job with the narration.