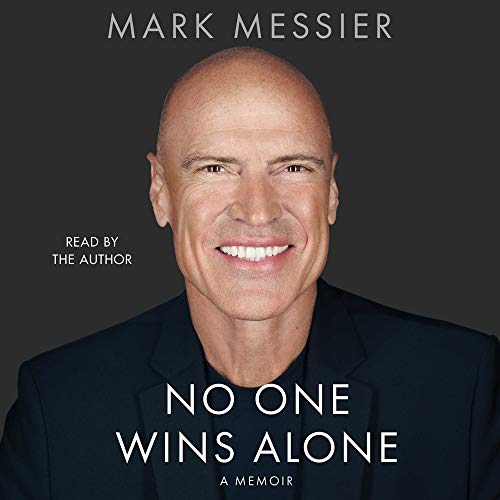 Preorder with Premium Plus free trial
1 credit a month, good for any title to download and keep.
The Plus Catalogue—listen all you want to thousands of Audible Originals, podcasts, and audiobooks.
$14.95 a month plus applicable taxes after 60 day trial. Cancel anytime.

No One Wins Alone

For the first time, the legendary Hall of Fame hockey player and six-time Stanley Cup champion tells the impressive story of his life and career, and shares the lessons he’s learned about leadership.

Mark Messier is one of the most accomplished athletes and dynamic leaders in the history of professional sports. He won the Stanley Cup five times with the Edmonton Oilers during their dynasty years, and once more with the New York Rangers, ending the team’s 54-year championship drought. He is second on the all-time career lists for playoff points, and third for regular season games played and for regular season points. Notably, he is the only player to have captained two different NHL franchises to championships.

The amazing records are there for anyone to see, but few people know the real Mark Messier. This is his story. Messier reveals the astonishing journey he took to making NHL history, and the leadership philosophy he learned along the way. He recounts never-before-told tales from his childhood as the son of a hockey player, coach, and special education teacher; his years as a teammate and friend of Wayne Gretzky; and his evolution from a brash eighteen-year-old rookie to a distinctive captain and champion. Though bruising on the ice, he led teams with a deep understanding of what inspires and motivates people. He shares the advice he got from the inspirational leaders who had the greatest influence on him, and the lessons he gleaned from the pivotal successes - and sometimes failures - of his career.

More than a book about hockey, No One Wins Alone demonstrates what it means to build a life, achieve dreams, and support the people around you. “My real wish,” Messier says, “is to inspire people to reach their full potential.”

What listeners say about No One Wins Alone