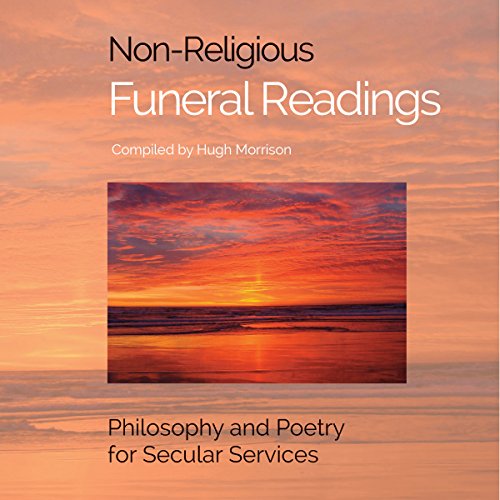 Written by: Hugh Morrison
Narrated by: Braxton Wilhelmsen
Try for $0.00

To live in hearts we leave behind is not to die. In recent years non-religious funerals have become more common, but without an established canon of texts to fall back on, it can be difficult to plan an appropriate service for a loved one who had no religious belief or connections. Texts recommended by secular humanists, especially modern texts, can sometimes sound trite or overly informal. This book, however, provides opening sentences, texts, and sentences for committal and/or dispersal from some of the greatest philosophers and writers in history including Marcus Aurelius, Plato, Christina Rossetti, Shakespeare and Rabindranath Tagore. They retain the solemnity, grandeur and dignity of the traditional language of Christian funerals found in the King James Bible and the Book of Common Prayer, but make no dogmatic references to religion, the supernatural or life after death; beliefs which many today do not or cannot hold. Instead, the texts offer a positive philosophical approach to death, and a celebration of the life and memory of the departed. This book will be suitable for anybody planning the funeral of a loved one, or for officiants at secular humanist funerals.