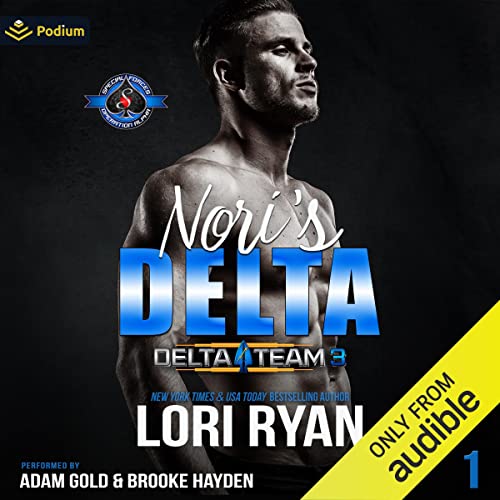 Delta Operative Heath “Woof” Davis has spent years living on the edge. Protecting a State Department official is just another assignment, until he discovers that Eleanor Bonham is Nori Duncan, the one that got away. He can protect her from enemy forces in the Republic of Kazarus, but can he defend his heart from the woman who used to be his everything.

She’s not going to fall for a soldier boy. High school was a long time ago, and Eleanor is no longer the heartbroken girl who ended things with Heath. She doesn’t have time for love, not if she’s going to rise in the ranks at State Department. But Heath is even more handsome than he was back then, and his years in the military have honed him into a man completely unlike the boy she once knew. With his sights set on her, how can she resist?

The mission in Kazarus is as important as it is dangerous. Eleanor and Heath will need to rely on one another if they are going to see the mission through. But will they be able to overcome past pain for the hope of a future?

Nori's Delta is the first book in the Delta Team Three series. It can also be enjoyed as a stand-alone.

What listeners say about Nori's Delta

I thought this book was better than any of the Delta books I've listened to so far.

Heath can’t believe his luck when his Delta team is assigned the protection detail of a foreign service official and the official is his high school gf! Now Heath and team must protect Elenor from someone who doesn’t want her mission to succeed. Will the star crossed lovers find neutral ground and re-ignite their romance? Cool story with bad guys and romance.

The new Delta team 3 were perfect and I can’t wait for each soldiers shorty. And the way Adam said Wolf was swoon worthy!