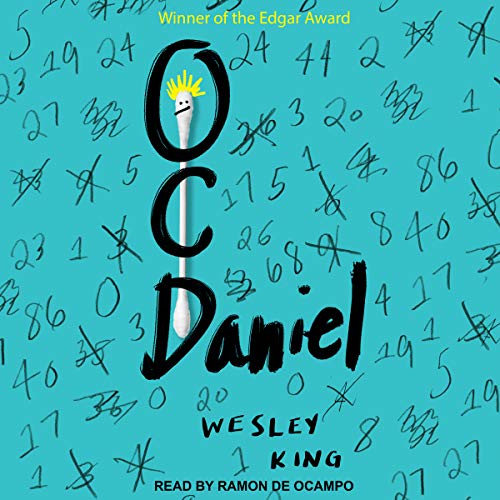 From the author of Incredible Space Raiders from Space! comes a coming-of-age story about a boy whose life revolves around hiding his obsessive compulsive disorder - until he gets a mysterious note that changes everything.

Daniel is the backup punter for the Erie Hills Elephants, which really means he's the water boy. He spends football practice perfectly arranging water cups - and hoping no one notices. Actually, he spends most of his time hoping no one notices his strange habits - he calls them Zaps: avoiding writing the number four, for example, or flipping a light switch on and off dozens of times over. He hopes no one notices he's crazy, especially his best friend, Max, and Raya, the prettiest girl in school.

His life gets weirder when another girl at school, who is unkindly nicknamed Psycho Sara, notices him for the first time. She doesn't just notice him: She seems to peer through him. Then Daniel gets a note: "I need your help", it says, signed, Fellow Star Child - whatever that means. Suddenly, Daniel, a total no one at school, is swept up in a mystery that might change everything for him.

With great voice and grand adventure, this audiobook is about feeling different and finding those who understand.

What listeners say about OCDaniel

I LOVED this book. Daniel is a lovable, relatable character. He's quirky, funny, good-hearted, and miserably stuck in OCD obsessions and compulsions. His story is funny at times, and painful at times, but oh so important.

The book is very clean. No language at all. So whether or not this book is appropriate for your young reader will be more based on the intense themes.

The ending of the book surprised me. I will say: Daniel's story doesn't give accurate information about how to get help and get better as someone with OCD. The story is more focused on giving readers a glimpse into what OCD is like and on showing readers that you don't have to be alone in your struggles.