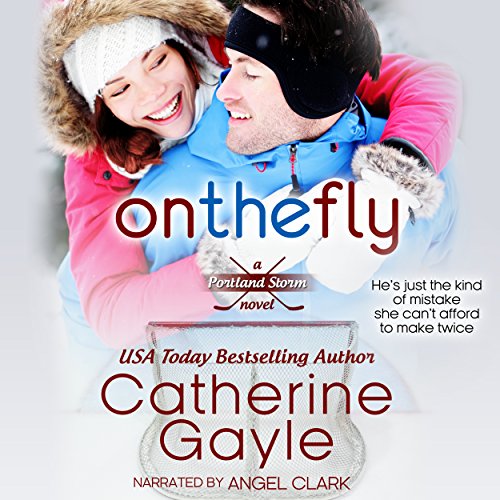 Injury after injury has put Brenden Campbell's NHL career on hold for years. Now he's playing for the Portland Storm and determined to make it stick. Few things in life drive him more than being told he can't have something he wants, and what he wants most is to prove he belongs. Brenden also wants Rachel Shaw, the cute, little redhead who just got hired as the general manager's new assistant. But then she went and made herself off-limits, telling him: "I don't date." Those three words pretty much guarantee that he'll do everything he can to change her mind.

Rachel is changing things up on the fly for her family, moving them somewhere she can be the kind of mom her kids deserve. Allowing anyone else to be in their lives is out of the question, at least until her instincts get back on track. How else can she be sure who to steer the kids clear of? Right now she trusts no one, including herself, and especially not a man like Brenden Campbell. He's way too handsome and a little bit cocky. Falling for a guy like him is a mistake she can't afford to make twice.

What listeners say about On the Fly

I felt the performance was lacking. I even checked my playback speed thinking it was at a slower than normal setting somehow.

On The Right Track

This is my first Portland Storm book I listened to rather than reading. It doesnt matter how you experience the series, you can't help but love it. Gayle develops her stories around real issues in such a way that it authenticates the characters development. She builds delicious chemistry between the main characters while infusing the perfect ammount of hockey.

This story focused on Brandon and Rachel with a slowly developing friendship and romantic relationship. Thier witty dialogue, secondary characters and all the heartfelt emotions were a hat trick. Add in quality narration and it's a win.

Of course, I recommend reading the Portland Storm series in order. Books reference characters and plot lines from previous books. You dont want to miss it!

I gave the book & narrative a 5 star. The author gave each character a special place in the story & the reader could feel the emotions of the story through them. The narrative enhanced the characters and brought them to life. It kept my interest throughout the story & was sad it had to end.

I actually enjoyed this a lot more than I expected to. I liked most of the characters, and the story itself was something I related to. And of course, Angel Clark did a great job narrating! Recommended!