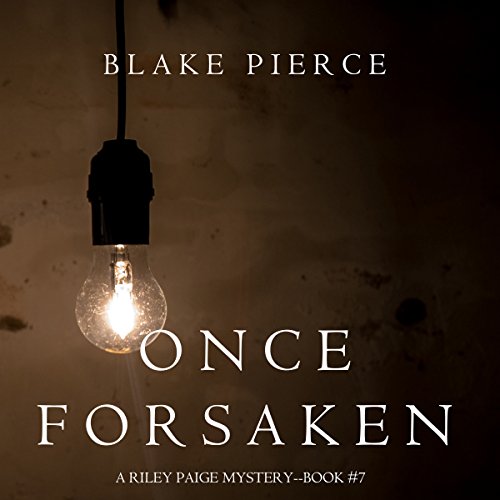 "A masterpiece of a thriller and mystery! The author did a magnificent job developing characters with a psychological side that is so well described, that we feel inside their minds, follow their fears, and cheer for their success. The plot is very intelligent and will keep you entertained throughout the audiobook. Full of twists, this audiobook will keep you awake until the end." - Books and Movie Reviews, Roberto Mattos (re: Once Gone).

Once Forsaken, is book 7 in the best-selling, Riley Paige mystery series, which begins with the #1 best-seller, Once Gone (Book #1).

When Special Agent Riley Paige finally decides to take a well-needed rest from the FBI, a request for help comes from the most unlikely source - her own daughter. April's best friend is devastated by the death of her sister, a freshman at Georgetown. Worse, she is convinced that the suicide was staged, and that her sister was murdered at the hands of a serial killer.

Riley reluctantly looks into the case, only to discover that two other freshman girls at Georgetown recently killed themselves in the same grotesque way - by hanging. As she realizes foul play may be afoot, she brings in the FBI. The case takes Riley deep into the privileged campus of one of the world's most esteemed universities, into the unsettling world of the wealthy, and driven families, that pushed their children to succeed. In time she discovers that this case is far more twisted than it seems - and that she just may be up against the most psychotic killer of her career.

A dark psychological thriller with heart-pounding suspense, Once Forsaken, is book 7 in a riveting new series - with a beloved new character - that will leave you listening late into the night.

Book #8 in the Riley Paige series will be available soon.

What listeners say about Once Forsaken

if the killer's point of view was added to this book like before...it would have created more mystery. but because it was missing. it was so easy to predict who the killar was....

loved it, Blake Pierce never disappoints me cant wait to start on the next one .

got entangled in this book, couldn't stop till it was finished.
best one yet! thanks, loved everything about it