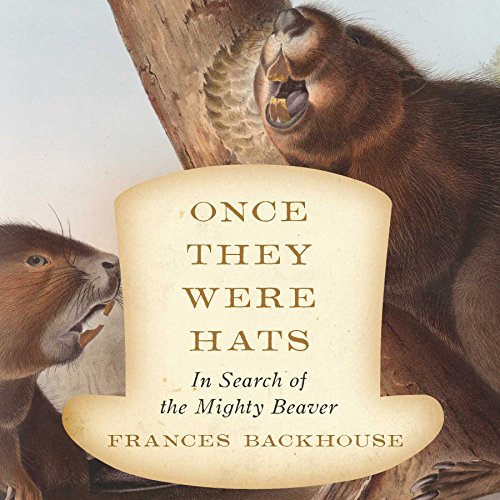 Once They Were Hats

Written by: Frances Backhouse
Narrated by: Erin Moon
Try for $0.00

Beavers, those icons of industriousness, have been gnawing down trees, building dams, shaping the land, and creating critical habitat in North America for at least a million years. Once one of the continent's most ubiquitous mammals, they ranged from the Atlantic to the Pacific, and from the Rio Grande to the edge of the northern tundra. Wherever there was wood and water, there were beavers - 60 million (or more) - and wherever there were beavers, there were intricate natural communities that depended on their activities. Then the European fur traders arrived.

In Once They Were Hats, Frances Backhouse examines humanity's 15,000-year relationship with Castor canadensis, and the beaver's even older relationship with North American landscapes and ecosystems. From the waterlogged environs of the Beaver Capital of Canada to the wilderness cabin that controversial conservationist Grey Owl shared with pet beavers, Backhouse goes on a journey of discovery to find out what happened after we nearly wiped this essential animal off the map, and how we can learn to live with beavers now that they're returning.

What listeners say about Once They Were Hats

I think this author just likes to hear herself talk she gives you directions to places you'll never go describes her hotel by the airport and all manner of other mindnumbing details . This book had some good information but it wasn't worth slogging through the desolate swamp of her storytelling to get there.