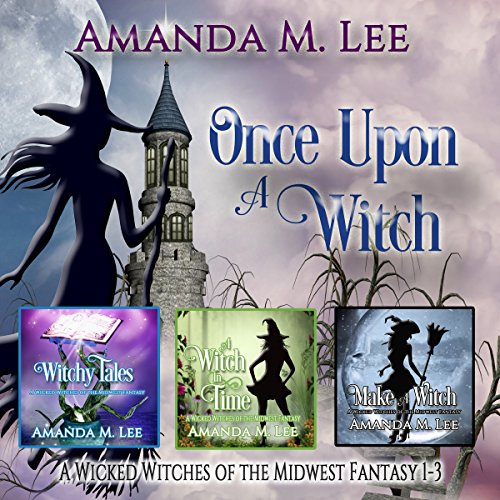 Once Upon a Witch

The Winchester witches have a knack for finding trouble. It doesn't always come in the form of mysteries, though.

Enjoy Hemlock Cove's favorite band of merry witches as they embark on a trio of fabulous fantasies that take them to several different worlds that stretch the limits of their imaginations and magical abilities.

This multi-book set includes the first three books in the Wicked Witches of the Midwest fantasy series.

What listeners say about Once Upon a Witch

I love these books, love this Author, but this particular narrator sounds like. Jersey shore 80's ding dong. and I am from NYC. so that saying something. I hate when they switch them.
her voice is just to shrill and heavy, she often sounds like she is yelling.

this narrator is a Jersey voiced slow talking drag. @ x1.2, it raises the pitch enough and speeds up the drag of her voice to make it tolerable.

I am already up to book 15, so I'm writing this after I've listened to the series progress. I'm glad I waited. I would have originally given it less stars because the writing is a bit clumsy, but I chalked that up to it being the beginning of her series. Now, having listened to a lot more of the series, I will tell you that the writing gets much better! This is a great series I'm totally hooked on! Be prepared for narrator changes. That gets SUPER frustrating, but stick with it anyway. I promise you it's worth it. I love this series.