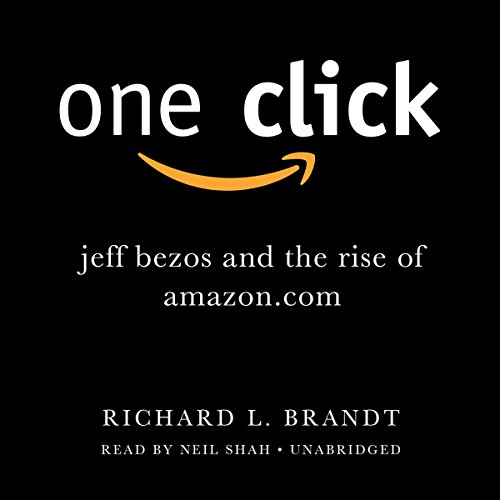 An insightful look at how Amazon really works and how its founder and CEO makes it happen....

Amazon’s business model is deceptively simple: make online shopping so easy and convenient that customers won’t think twice. It can almost be summed up by the button on every page: Buy now with one click.

Why has Amazon been so successful? Much of it has to do with Jeff Bezos, the CEO and founder, whose business strategy and unique combination of character traits have driven Amazon to the top of the online retail world. Originally a computer nerd rather than a businessman, he had the vision to capitalize on the untapped online marketplace for bookselling and continues to discover new marketing opportunities, from groceries to auto parts. He’s a calculating machine, energetic, passionate, highly aggressive, and out to radically transform retail.

Through numerous interviews with Amazon employees, competitors, and observers, Richard Brandt has deciphered how Bezos thinks, what drives his actions, and how he makes decisions. Anyone in business can learn a lot from the example of Amazon’s ongoing evolution.

Richard L. Brandt is an award-winning journalist who has been writing about Silicon Valley for more than two decades. He is well known throughout the technology community as a former correspondent for BusinessWeek, where he won a National Magazine Award. He lives in San Francisco.

Praise for Brandt’s Inside Larry and Sergey’s Brain: “In this mustread for anyone who deals seriously with cyberspace, Brandt has a remarkable profile in presentday innovation and potential.” ( Publishers Weekly)

I remember reading a magazine article on Jeff Bezos and his crazy idea 20 or so years ago, so it was interesting to hear the Amazon creation story.

Being successful doesn't make you interesting.

Coming immediately on the heal of listing to THE SNOWBALL about Warren Buffett, I was looking for another great business bio. This, unfortunately, was not it.

First, let me just say that Neil Shah is apparently not my kind of narrator. His staccato delivery and robotic tone drove me to wish for the ending of this book. It couldn't come soon enough.

As for the content of ONE CLICK, it was such a shallow telling of the story of Bezos and Amazon, I'm frankly not sure what the point of writing it, much less publishing it, was. In defense of Brandt - I doubt anyone could make Amazon seem interesting. A great company to be sure (of which I am a Prime customer as well as leasing thousands of hours of compute power from AWS) and Bezos is whip-smart and an absolute visionary, but his life just didn't make a very interesting book.

If your really into Amazon, check this book out. It has lost of information. However, if you aren't...it's kind of boring. The book didn't have enough interesting anecdotes to really hold my attention. It probably doesn't help that I'd just read "Steve Jobs" (which I can't shut up about). This story is pretty vanilla...which is a shame because I'm sure there's all sorts of tantalizing stories to be told about such a wildly successful company.

A Nice Overview of a Retail Giant

I love Amazon, so I was interested in giving this book a shot, despite some of the unfavorable reviews. While it doesn't hold a candle to the official Steve Jobs biography, "One Click" is an interesting and entertaining listen.

As many have correctly pointed out, the author failed to examine the success of Amazon Prime. However, the Kindle, the Zappos takeover and many other topics are discussed in sufficient detail. The Steve Jobs book did an excellent job of detailing Jobs's upbringing and what influenced his personality and leadership style. This book does that for Jeff Bezos, but without the same depth. And the reader must keep in mind that almost all of the research and quotes in the book came from secondary research.

I've never listened to this narrator before, but he has a pleasant voice and did a fine job.

I read the book called The Everything Store before reading this book and I was looking for something different or additional to what I read. One Click is a good narrative of Amazon's and Bezsos beggining and current history but if you want more details I recommend The Everything Store.

I tore through this one

Before, I perceived Jeff Bezos as some kind of extra terrestrial super-intellect. After listening to One Click, he seems a more human, albeit very smart and analytical.

I listened to it in about 2 and a half days. Enjoyable throughout.

Was a good listen, but seem repetitive to "The Everything Store" audiobook. I love these books that give a great inside story of Amazon.

What made the experience of listening to One Click the most enjoyable?

My favorite takeaways from "One Click" were hearing the back story to how Amazon.com humble beginnings with tables made out of old doors and Jeff Bezos's decision tools the "Deal Flow Chart" and his "Regret Minimization Framework".

There were some funny insight into boot strapping a start up where everyone in the company had to pitch in to repack shipments from distributors, readdress and ship packages to customers until 2:00-3:00 AM. Early on Amazon did not even have packing tables so the employees ended up packing books kneeling on the cement floor for hours. After packing for several hours Jeff Bezos turned to an employee and suggested they get knee pads soon and the employee with a look of shock an horror responded why don't we just buy some tables which seemed to be the most amazing idea Jeff Bezos had ever herd.

After listening to One Click I am amazed at how much money Amazon spent trying to "Get Big Fast" and how that strategy would have bankrupted the company several times over if it were not for the free flowing investment during the .com boom and investors disregard for traditional valuations and earnings reports. Amazon.com lost almost 2,000,000,000 and went almost a decade before ever turning a profit.

My favorite takeaways from "One Click" were hearing the back story to how Amazon.com humble beginnings with tables made out of old doors and Jeff Bezos's decision tools the "Deal Flow Chart" and his "Regret Minimization Framework".

A bit dated but fun listen

Lots of details and it's neutral about Bezos which is good. It rushes at the end but if you want a good history about the beginning of the company, this is a good option

A summary of the Success of Amazon & Jeff Bezos

I thought this was a great book because the author remained HONEST about Jeff Bezos and his shadier practices while remaining objective about what he did well and what we can ALL learn from his approach to innovation and customer service excellence.

Fascinating all the way through

I chose to write this book so highly because it was entertaining the entire way through. It was very informational however the storyline was consistent and very easy to follow. I would recommend this book for somebody who is an entrepreneur, or any student that’s learning about business. Jeff Bezos is a pioneer and definitely a very smart man. Although I don’t agree with everything that he’s done at Amazon, however I clearly support the business and am influenced by its presents. Very interesting book, I loved it.