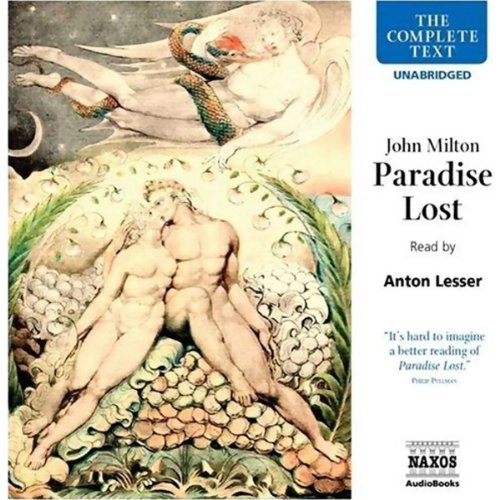 Paradise Lost is the greatest epic poem in the English language. In words remarkable for their richness of rhythm and imagery, Milton tells the story of Man's creation, fall, and redemption to "justify the ways of God to men." Milton produced characters which have become embedded in the consciousness of English literature, the frail, human pair, Adam and Eve; the terrible cohort of fallen angels; and Satan, tragic and heroic in his unremitting quest for revenge. The tale unfolds from the aftermath of the great battle between good and evil to the moving departure of Adam and Eve from Eden, with human and eternal anguish intertwined in magnificent resonance.

What listeners say about Paradise Lost

if only this title were UN-abridged. ~sigh~ but otherwise, it is well-narrated, and the sound is good. and I must say, I was quite relieved to hear a female narrator reading Eve's part. it's good as a supplement to reading the work yourself. it's actually a good place to start if you are going to read it yourself, as it prepares you for the style and the plot.

Not at all a decent version

When I purchased this, I expected John Milton's "Paradise Lost." This abridged version cuts out about 4-5 of the original books within the epic, and usually the cuts are extremely important storyline information. I would suggest reading the book or looking somewhere else for the audio, because this version is not what you want.

I've come back to and listened to this recording three or four times. I find its imagery and lyricism enthralling. I will never think of death and sin without picturing them by the portal in their odd macabre dance and dilliance.

. . . overlay With this portentious Bridge the dark Abyss. Thine now is all the world . . .

Listen to this abbreviated effort only if the sole alternative is never to read this poem. For beginners only. Great narration.

it was hard to follow the language of old english. its like talking on sentence fragments disappointed.

narrator was the best part. I listened to this while working out or before falling asleep.

Where does Paradise Lost rank among all the audiobooks you’ve listened to so far?

This is the first audiobook I have heard. Listing and following along with the read was interesting because they really make you feel like your in the time period that it was written.

Have you listened to any of Anton Lesser and Laura Paton ’s other performances before? How does this one compare?

This is a superb story that is masked behind 19th century writing and a very, VERY hard to listen to reader.