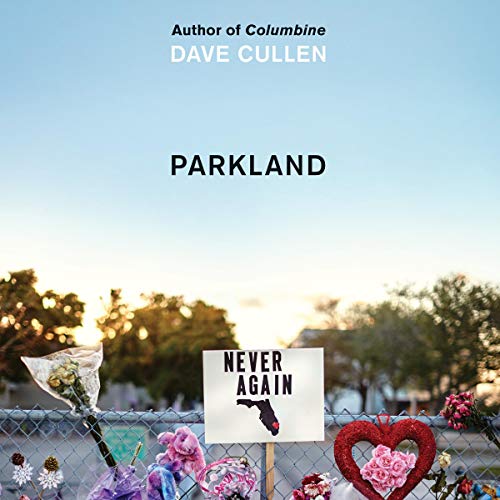 On the first anniversary of the events at Parkland, the acclaimed, New York Times best-selling author of Columbine offers an intimate, deeply moving account of the extraordinary teenage survivors who became activists and pushed back against the NRA and feckless Congressional leaders - inspiring millions of Americans to join their grassroots #neveragain movement.

Nineteen years ago, Dave Cullen was among the first to arrive at Columbine High, even before most of the SWAT teams went in. While writing his acclaimed account of the tragedy, he suffered two bouts of secondary PTSD. He covered all the later tragedies from a distance, working with a cadre of experts cultivated from academia and the FBI, but swore he would never return to the scene of a ghastly crime.

But in March 2018, Cullen went to Marjory Stoneman Douglas High School because something radically different was happening. In nearly 20 years witnessing the mass-shootings epidemic escalate, he was stunned and awed by the courage, anger, and conviction of the high school’s students. Refusing to allow adults and the media to shape their story, these remarkable adolescents took control, using their grief as a catalyst for change, transforming tragedy into a movement of astonishing hope that has galvanized a nation.

Cullen unfolds the story of Parkland through the voices of key participants whose diverse personalities and outlooks comprise every facet of the movement. Instead of taking us into the minds of the killer, he takes us into the hearts of the Douglas students as they cope with the common concerns of high school students everywhere - awaiting college-acceptance letters, studying for midterm exams, competing against their athletic rivals, putting together the yearbook, staging the musical Spring Awakening, enjoying prom and graduation - while moving forward from a horrific event that has altered them forever.

Deeply researched and beautifully told, Parkland is an in-depth examination of this pivotal moment in American culture - and an up-close portrait that reveals what these extraordinary young people are like as kids. As it celebrates the passion of these astonishing students who are making history, this spellbinding audiobook is an inspiring call to action for lasting change.

Political Take on Mass Shootings is Spot on

Cullen had become synonymous with mass tragedy, specifically mass shootings. He spent 10 yr researching and writing Columbine (which I highly recommend). Needless to say, I went into this book with high expectations and was only slightly disappointed. The disappointment is my fault, I saw "Cullen" and "Parkland" and jumped on board- not reading "birth of a movement." While "Columbine" was an unflinching look at the beginning of mass shootings (victims and shooters(s) alike)), Parkland focuses mostly on the aftermath of the all too common shootings and how the survivors reacted. That being said, Cullen does a great job of mixing stories of the survivors, parents, and political foes/allies involved in the movement. I would recommend if interested in gun safety politics/general politics in the Trump era.

One of the most important nonfiction books

if you only read one nonfiction book this year, make it “Parkland: Birth of a Movement” by Dave Cullen. It is so good & utterly moving. It’s personal while staying true to the central focus of the narrative & that is the survivors, the victims & the movement that came out of it. It discusses the tragedy without ever coming close to glorifying it. It is probably one of the most important books that 2019 will give us.

Wow. I thought offered some Columbine interesting and perceptive insight into the dynamic between Eric Harris and Dylan Klebold. I wasn't expecting to learn much about Nikolas Cruz, or even about the events of Valentines day themselves. The description is pretty clear. This is a book about the movement that formed after the shooting.

What I didn't expect was a book that is *so* out of touch with how contemporary kids communicate and relate to one another and the world. This book is basically 10 hours of Dave Cullen coming to grips with twitter and snap chat. I also worry about the pressure he's creating for what seem to be, totally normal (somewhat above average), American teenagers. He deifies these kids so much, and is so mystified by their every social media post. It's a lot to live up to.

It's also incredibly repetitive. Cullen seriously relays the fact that one subject's parents are "bagel people" TWICE. Was this edited?

I think the efforts of March for Our Lives is admirable, and long over due. I fully support them, and my review of this book is *no* reflection on my feelings about their efforts.. However, if you're a contemporary human being, even slightly in touch with reality, you'll find this a bit of a snooze fest.

This wasn’t a crime novel, it is propaganda for the the gun movement. There is nothing about the shooter or the police response of how they stopped it. Colombine was much better. I was disappointed that they focused just on the kids and not the actual crime.

Not worth the money!

Advocates for unconstitutional laws by portraying certain people as hero's. I wish I had not bought it.

I watched while I read

I really loved the imagery in this book and I enjoyed going back and forth to watch videos of the things he was talking about. it's all online, so it's cool to go watch the videos as you listen to the inside scoop. Amazing job!

I first read Dave Cullen a few years ago when I finally got the courage to listen to Columbine. Columbine was personal to me simply because I grew up in Colorado with Columbine about 15 miles from my house. It took me so long to read that book that the second I knew of Parkland: Birth of a Movement I knew I had to read it then and there.

I started reading this book knowing that I was going to be emotionally destroyed and angry throughout the book. It brought back the memories of watching Columbine unfold & watching those moments which ended up creating snapshots in my memory. Dave Cullen did a phenomenal job with showing the facts, telling the stories, and bringing hope. He drew back on his last book but still gave the kids their voices & helped show just how much these kids had to grow up.

This book truly should be required reading. It shows how much can change when a movement is born. It also shows how one-sided the media can be when it comes to gun violence. I loved that it didn't just focus on Parkland but brought in other individuals and other organizations who were trying to do the same. This book is upsetting but it is also inspirational. It shows that with tragedy, hope can persevere.

If you're on the fence about reading this book, do it. If you don't understand what the March for Our Lives group stands for, read this. This helps breakdown the narrative and helps get their points across in a non-biased way.