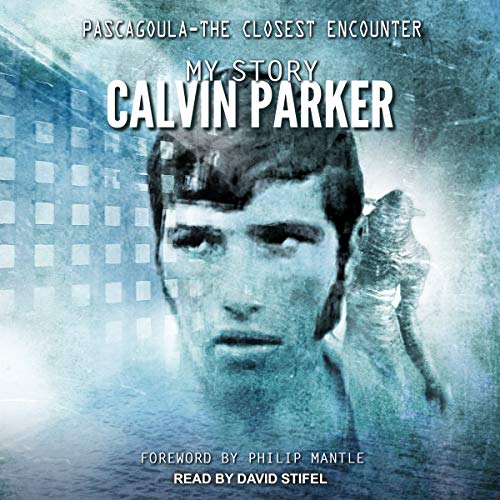 On October 11, 1973, 19-year-old Calvin Parker and his friend, 42-year-old Charles Hickson, were spending a frustrating evening fishing on the Pascagoula River in Mississippi. Both men loved to fish, but tonight's fishing trip would turn out to be one they would never forget.

In the early evening, the men were startled when a strange craft descended and hovered a few feet above the ground and just a few yards from their location. Before they had any chance to run, an opening appeared in this craft and out "floated" three humanoid creatures. They were absolutely terrified when these creatures grabbed them and took them aboard the craft.

On the craft, both men were subjected to an examination, and at one point, they were so terrified that they believed they were about to die. Minutes later, both Calvin Parker and Charles Hickson were deposited back on the riverbank, and the craft departed.

Taking off in their car, the two terrified witnesses eventually located a public telephone box and phoned the local sheriff. A short time later, they were being interviewed at their local sheriff's office. These two disorientated witnesses told their story of their close encounter and abduction by these strange creatures. The next day, all hell was let loose as the press descended on this unsuspecting Mississippi town.

Calvin Parker, seriously disturbed by these events, has largely remained in the background without ever detailing the full account of what happened that night, how it affected him and his life, and other close encounters he has experienced down the years. Now, for the first time, Calvin Parker tells his story in full.

This audiobook, Pascagoula - The Closest Encounter, tells the story of one of the classic close encounters currently on record. This audiobook features for the first time the full transcript of Calvin Parker's hypnotic regression session with the late Budd Hopkins, one of the world's foremost researchers of this phenomena.

I think this story would of been much more enjoyable for me had I actually read it instead of listening to the audiobook. Some of the hypnosis sessions were absolutely painful to listen to. The narrator kept repeating the name of the person speaking and then whatever his line was but the parts that were redacted he would literally say "redacted" ..this went on and on and on. When reading you don't notice these things as much or the "he said-she said" every few sentences can become annoying during audiobooks as well...Anyhow,overall,I enjoyed this story and found it to be quite interesting and well documented. There was a lot of information I was never familiar with. 3.5 of 5 stars.

Best of all my boks story & all loking for more ju

Best of all my books story & all looking for more just as good as this one. I recommend this to everyone a must read.

Such an interesting story!

Very much enjoyed this story, especially towards the end! The next was great! Well done!

A must read True Event

I have studied this case and met with Calvin and his story is incredible. Given the facts and consistency over time plus multiple witness corroboration, I believe that this story is written as accurate as it gets. This is a case that should be known to all enthusiast and researchers. Calvin is a laid back country boy who will give you the shirt of his back. He never wanted this story to come out. Only after all these years since 1973 has he decided to tell his side of the story. Calvin, like many others, who have encountered such high strangeness have endured a lot of pain and struggle after surviving such events and few are able to come out and talk about these very personal encounters. Thanks Calvin for writing this book as I am sure many others feel the same way.

Like many I have been interested in this case and I was pleased that Calvin had a book come out. However this book was a bit bland in content, it was so repetitive in story and transcripts that it really became uninteresting. I understand why it was done but there is nothing in the book that gave an further insight. The story itself is still one of huge interest of course.

I love this story. I wish Calvin Parker had narrated this book. He is charming, funny (unintentionally) and real. This narrator is flat and he cannot pronounce the names of the cities. Gautier in particular. I am listening to this book and it has my total attention and then he mispronounces the name of this town and it's like being slapped in the face. It takes my attention away from the book and to the guy who is talking.

I will finish listening to this book but to all of those audio book producers - please do your homework! Ask the locals how you pronounce cities that you are reading. This happens too many times. It really takes away from the hard work that the author did in writing this book.


You either love it or not. I loved it. Well written. Kept me interested.

I’m so glad that Calvin wrote this book finally.
I first heard of this story in 1993 and have always wondered “where are they now?”
I had no idea he had other experiences.
I am even more intrigued and want to visit him and talk about my sightings.

This was my first UFO theme book. I really wanted it to be good and informative, however it wasn't even close. It was several hours of time, 💰 and energy that I can never get back. It is so so repetitive with the same stories, same symptoms and a horrible narration. I actually fell asleep 😴 several times. In my opinion it's real simple to break down; 👎it is a massive waste of time & money.

Waste of a Credit! I kept listening hoping that the story would get interesting, it didn't!