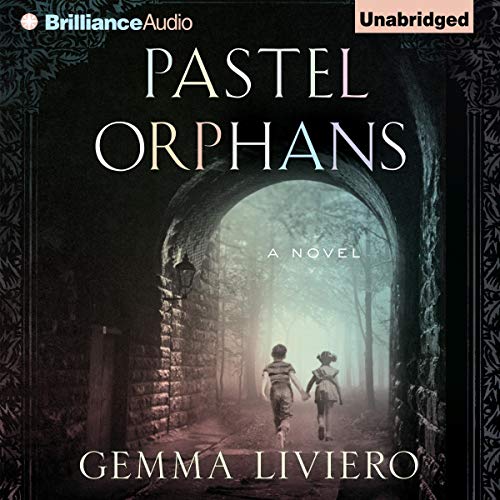 In 1930s Berlin, young Henrik, the son of a Jewish father and Aryan mother, watches the world around him crumbling: people are rioting in the streets, a strange yellow star begins appearing in shop windows, and friends are forced to move - or they simply disappear.

After his father becomes gravely ill, Henrik and his little sister, Greta, are taken by their mother to Poland for safety. However, not even the pastoral surroundings of their new home can protect them from the terrors of war. When the Nazis invade and Greta is kidnapped, Henrik must shed his youthful innocence and search for his lost sister, a quest that will further reveal a harrowing landscape of violence and struggle - but also unexpected connections.

Uniquely told from the perspective of youth plunged into adult chaos, Pastel Orphans is a coming-of-age story that explores profound lessons in self-belief, kindness, and human endurance.

What listeners say about Pastel Orphans

What would you do for your family - your loved ones? For me, I'd do anything - give my last breath for them. This story is about a family that wIll do ANYTHING for each other. It's did everything to my heart - it warmed it, broke it, twisted it, and warmed I it. It made laugh, cry, rage, gag and cry again. happy, sad, torn tears. This book is a must read. It's a story of family loyalty. Love has no boundaries.

Pastel orphans were children with strong Aryan appearances kidnapped by the Nazis for future breeding of the Aryan race.

This novel is about the Salomon family in Germany starting in 1931 and except for the final chapter ending at the end of WWII. The settings are Germany and Poland. The Salomon's are a German Jew husband, his German Aryan wife and their son Henrik and their daughter Greta. Henrik is 7 years older than Greta. Rebecca, a German Jewish girl who befriends Henrik, is also a main character. Greta, who resembles her Aryan mother with light skin, blond hair and blue eyes, is kidnapped by the Nazis and is one of the pastel orphans. The novel is beautifully written.

The story is told in the first person first of Henrik, then Rebecca, and finally Greta. The two women narrators are flawless. Nick Podehl, the voice of Henrik, takes on the almost impossible task of doing his voice from early childhood to early adulthood. Although I'm not particularly fond of the early childhood voice, Podehl does a remarkable job.

This is a great book for all ages from elementary school to age 100. I recommend this book without reservation.

An amazing story of brotherly love

I've read many books about the Holocaust and each time I do, it breaks my heart. This is one story I couldn't put down. It gives insight to the events during that era and the harrowing experiences that many suffered through. I had no idea that there were children that had been kidnapped and raised by the Nazis or entered into breeding programs to create a pure "Aryan" race.

Great characters that you can relate to, an unusual angle to look at the war. A great read.

Narrator for male character sounded angry all the time. Also, the tone for both female character narrators was not appropriate for the subject matter - made it sound light hearted and fun. One was a bit better than the other, but not good. I will not buy another book narrated by any of these three. All three narrators did a poor job depicting the atrocities of the Germans in WWII.

I've listened to audio books regularly for more than 10 years and this is my first review. The story was good and I wanted to find out what happened - more than once I considered buying the physical book and returning the audio book, but I kept at it. In the end I'm glad that I finished the book but also feel very negative about the overall experience.

Told by Children of War, During War, Powerful

A very different tale of life for Jews during WWII . . . Pastel Orphans, told in the voices of the children who are running, who are hiding . . . and one who has been snatched by the SS to become one of their "super race" . . . is a chilling story of what human beings can do to one another . . . and what love and mercy can ultimately bring to willing hearts . . . a side note, I almost stopped listening when Henrik's parents brought home their new baby girl, Greta, and Henrik's jealousy over his new sister seemed over the top, and even unnatural. I didn't like the dialog, which seemed to go beyond sibling rivalry, and I wondered what kind of monster this boy would grow up to be . . . I drew a sigh of relief when the story took a drastically different turn, as the persecution of the Jews worsened . . . I need not to have worried. Henrik grew into a most honorable man . . . The story and conclusion were excellent (but for the detracting bit mentioned) . . . well worth a listen . . .

With the book starting with the main character, as little boy and following him and his emotions as he grows along with his sister, Greta. As he is growing, in Germany, he learns he is half Catholic and half Jew. Through every twist and turn, you learn more about, Rick and WWII. The atrocities that took place are unimaginable. This novel is expertly written and the male that reads does the best job. Highly recommend!!!

This was a great story with 3 of the worst narrators. I would NEVER listen to a performance of any of theirs again.

The first section of this book, narrated by young "Ricky" is truly outstanding. We, the readers, know what is happening but he is our faithful observer as Berlin turns into a city not welcome to the Jews. As the story changes narrators (in style, not audiobook narrator), the quality degrades steadily through the end. The first 5.5 hours are solidly fantastic.

Excellent story of struggle and survival

That pastel orphans is about a family broken when an eleven year old girl is taken from her mother and brother by Nazis during WWII. Heartbreaking and well told and well narrated.

It is incredible that something like this has happened but this story is beautiful even in this sea of pain.