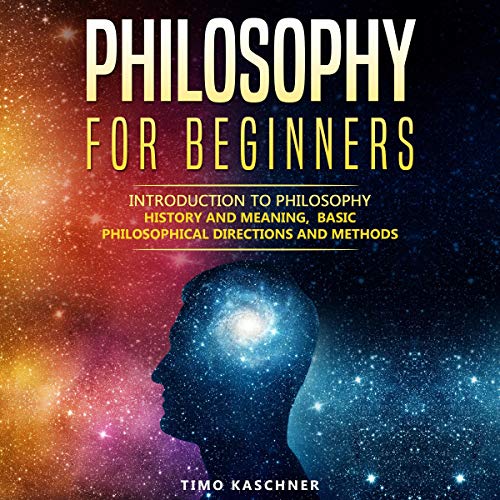 Philosophy for Beginners: Introduction to Philosophy

Written by: Timo Kaschner
Narrated by: James McLeod
Try for $0.00

Philosophy experienced its origins at the time of ancient Greece with its well-known representatives Plato and Socrates, to name just two examples. One can translate philosophy as the striving for knowledge about the meaning of life, the essence of the world, and the position of man in the world.

It describes the teaching and science of the knowledge of the meaning of life and of the world and of man's position in the world. Beyond that, however, it has a further meaning, namely, the personal side of each human being and the way in which each one regards life and the world for himself as things. This corresponds to the saying "Live and let live".

In this helpful guide, you will learn:

Seize the opportunity today, and get a philosophical reflection knowledge of your life.

What listeners say about Philosophy for Beginners: Introduction to Philosophy