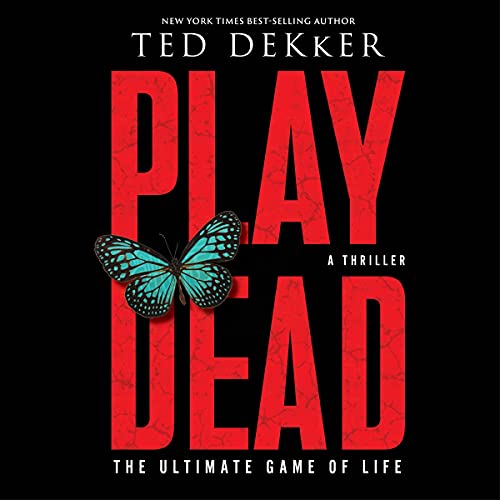 The discovery of two teenagers ritualistically murdered in a secluded Austin park outrages a nation already on the brink of tearing itself apart. The victims are the latest in an epidemic of deaths linked to a mysterious, underground virtual game known only as Play Dead.

The forensic evidence soon points to Jamie Hamilton, a brilliant yet naive young man on the autism spectrum. But Angie Channing, a world-renowned true crime writer, isn't so sure. Could such a seemingly innocent person be capable of clinical brutality? Why the rush to silence him? What secrets are hidden in the world of Play Dead that are worth killing for? What if Jamie is the key to something far more sinister?

Angie quickly finds herself in a relentless game of cat and mouse that threatens far more than just her sanity or her life. How far will she go to uncover the shocking truth?

Enter a psychological thriller ripped from tomorrow's headlines that will haunt you until the last line. It is said that nothing is as it seems in the halls of power and that some truths are far too dangerous for the common man. Until now.

What listeners say about Play Dead

A Brilliant Mind Running Out of Ideas... Maybe?

I look so forward to every single Ted Dekker book that comes out. Without all the garble of legalistic dogma, I love how he thinks and computes the truth. How he can take simple truths and make them applicable to our every day life. For me this story seemed a lot like a few of his other recent books. I don't know if he's a brilliant mind that's running out of ideas, or this is just where his vein of thinking is so he just keeps writing the same story over and over. I am in no way bashing this book, all I am saying is, that it is very familiar a lot like the last four or five books that he is written. I felt like maybe he could have even gone deeper inside of the world that he created of the VR. maybe even go somewhere else in it... (this was a little too much like The Hacker). It felt like the book had just gotten started when it ended. A lot of setup to get to the climatic point and then just went flat. Maybe he's planning a second and a third in the series. I don't know, that would make sense. At any point, this is a nice little ride, decent characters, solid doctrine, but just not as good as the 33 AD. The Circle series, Skin, The Blessed Child series, The Bride Collector...ect. That's just my opinion and my 2 cents worth.

Not a Christian book

I am a fan of Ted Dekker, but this book strays into a line of thinking that will probably draw most people away from biblical principles. It is dangerous to start pondering the implications of this world being a mask, a simulation, or an alternative reality. To think this way is to say truth might not be truth. Please remember, Jesus is the Way, the Truth, and the Life.

Another Ted Dekker page-turner. I couldn’t put it down (or turn it off - I listened to the Audible version). Toward the end I got a little nervous thinking, “Seriously? THIS is how it’s gonna end?!” But, trust me, hang in there, the ending really is good.

I think I remember the author saying on Facebook that this story didn’t have any deep hidden lessons in it. He was mistaken. There are some very enlightening and convicting truths woven into this fictional story, in true Ted Dekker style - as it should be.

The performance was great, but the Audible recording itself skipped or repeated in several places throughout. But the story was good enough that I quickly got over it.

Great story! Thanx, Ted. Can’t wait for the next one!

Women's voices were painful to hear

I would not recommend this book, especially the Audible version. Horrible "Southern" accents were distracting.

Started out very similar to another popular futuristic virtual reality fiction book, then got really strong towards the end.

I appreciate Dekker’s storytelling and it wasn’t a huge disappointment, it just took me awhile to get there.

I would rather read it

The performance for the female characters is not good at all they all sound so over exaggerated and weird I could barely finish listening to it. So disappointed.

I have listened to all of Ted Dekker’s books and this was equal to the Circle. The virtual reality plot was amazingly described and explained. I’m a techie and I would know if it wasn’t. Spiritually and Science was powerfully merged and the story was quite gripping. Highly recommended. Audiobook was also wonderfully done.

Ted Dekker does it again

I've read many Ted Dekker books and never have I been disappointed. His track record still stands.

Gripping, interesting, excellent, most unusual! I loved this book. A concept that features in some ways in many stories. Thoroughly enjoyable! Highly recommended!

narration was outstanding! The story was definitely unpredictable but also a bit weird at the end.