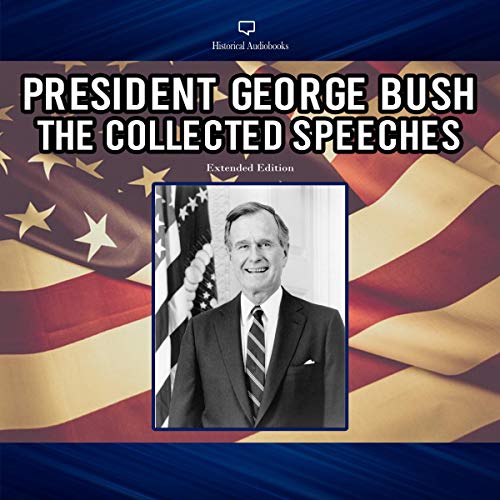 This collection provides a lens into the critical speeches of the George H.W. Bush presidency (1989-1993). Twenty important speeches from throughout his term of office are included. The feature domestic issues such as the signing of the Americans with Disabilities Act, budget negotiations and many addresses to joint sessions of Congress including his three State of the Union speeches and his inaugural address. Foreign policy topics include Panama, the invasion of Kuwait and the Gulf War, a press conference with Soviet leader Mikhail Gorbachev, and a speech to the United Nations. Addresses at West Point, two to Texas A&M University, as well as a speech to the Republican national convention are also included. Speeches are presented in chronological order.

George H.W. Bush served as the 41st president of the United States from 1989-1993, previously serving as Reagan’s vice president. He won the 1988 election against Democratic Candidate Michael Dukakis and lost the 1992 election to Bill Clinton. Bush presided over the final years of the Cold War, supporting the reunification of Germany, which occurred in 1990. He also ended the Iraqi occupation of Kuwait and negotiated the early stages of the NAFTA agreement. This collection provides a valuable opportunity to hear George H.W. Bush's words firsthand, helping to understand his focus and values as president and the issues facing the United States and the world as the 1990s began. George H.W. Bush was born in 1924 and died in 2018. The Bush family are an important American political dynasty. George H.W. Bush's father was a US Senator, and his first son, George W. Bush, also served as President, with many others in the Bush family also holding prominent political roles.