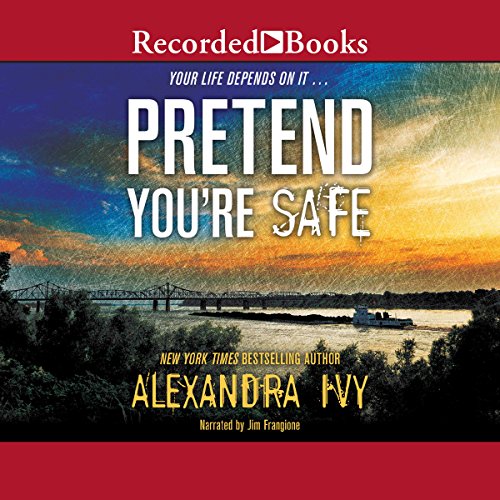 First came the floods. Then came the bodies. The victims - strangled, then buried along the shores of the Mississippi - have finally been unearthed years after they disappeared. He remembers every satisfying kill - each woman's terror and agony. But there's only one he truly wanted. And fate has brought her within reach again.

Jaci Patterson was 16 when she found the first golden locket on her porch. Inside were a few strands of hair wrapped around a scrap of bloodstained ribbon. Though the "gifts" kept arriving, no one believed her hunch that a serial killer was at work. Now Jaci has returned home - and the nightmare is starting once more.

And he'll never let you go.

Back then, Rylan Cooper was an arrogant deputy sheriff convinced that Jaci was just an attention-seeking teen. It was a fatal mistake. There's a murderer in their midst, someone determined to settle old scores and keep playing a twisted game. And it won't end until Jaci is his forever....

This romantic suspense was extremely well written. My usual genre is paranormal romance but this book kept me on the edge of my seat. She dove into the H and h personalities very nicely. This suspense was so good and it had some steam. Definitely worth the read.
Story 5/5
Performance 5/5
Steam 3+/5
Narration 5/5++++
Overall 5/5

(3.5) This one was a little harder to enjoy. The premise is good. I thought several times I knew who it was. I was wrong, then I was right😄. I believe alot of the issue comes from this being book one and laying the ground work. I have always loved Alwxandra Books so I will check out book 2 in this series.

Ugh this story just didn't work for me. I got to about 60ish% in the book. Jim did an okay job narrating this one.