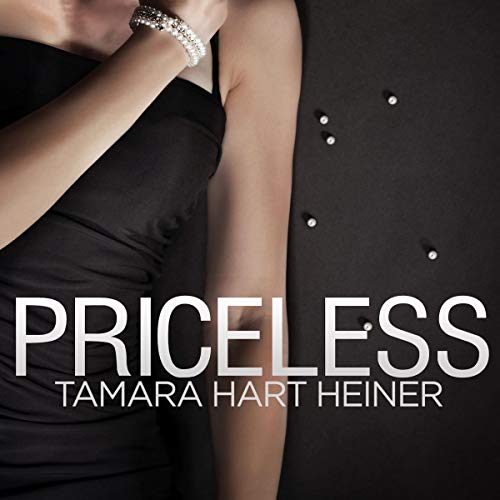 It’s been two years since Jaci and her friends were kidnapped by The Hand and ultimately escaped. Jaci has done her best to re-assimilate into high school society and to put that terrifying experience behind her. As a runner on the cross-country team and the almost-girlfriend of a popular football star, it seems as if her future is finally falling into place.

When a series of weird, innocuous notes begin to show up at her house and in her locker, Jaci assumes her brother is playing jokes on her. But as the notes grow more sinister, she begins to question their origin.

By the time she suspects that her previous kidnappers are involved, too much is at stake to tackle this problem on her own. Somehow, Jaci must avoid capture without involving her family or endangering her friends.

What listeners say about Priceless

I wasn’t ready for this series to be over. I want to listen to more. In some areas the story dragged a little. I wondered when we would figure out who was sending the letters and other messages. I also kept wondering when Hamilton would enter the story. I was glad he was in this book. I also was glad Ricky was in this book. It was kind of hard with JC being interested in two men. I was kind of disappointed in the ending. But I suppose I won’t forget this story anytime soon.

A bit of deja vu for our heroine

Our heroine survived a kidnapping attempt years ago and is starting to put her life back together. And then she starts receiving notes which makes her think it is starting all over again.

This is the third book in this series. While it can be read as a standalone, I do not recommend it. The backstory of the situation and the characters from the previous books will help everything make a lot more sense.

And that is important because this book has lots of action, intrigue and mystery which is going to pull you into the story. The characters are fantastic, with depth, emotions, strengths and weaknesses which makes they realistic and draws you in. The action is often intense, but you won't want to put it down until you get to the end.

As I listened to an audiobook copy, I should also point out that the narration was excellent. Clean and well paced, it made the story a joy to listen to.

I received a copy of this book via Story Origin for review purposes.

I received this free copy from the author and this is my voluntary review. This was a nice story that seemed caught between the YA and adult genres. The narration kept the story moving and brought out details that would have been skimmed over if it was read in hard copy. I did not read books 1 and 2 but this one brought details that made me understand what was going on.