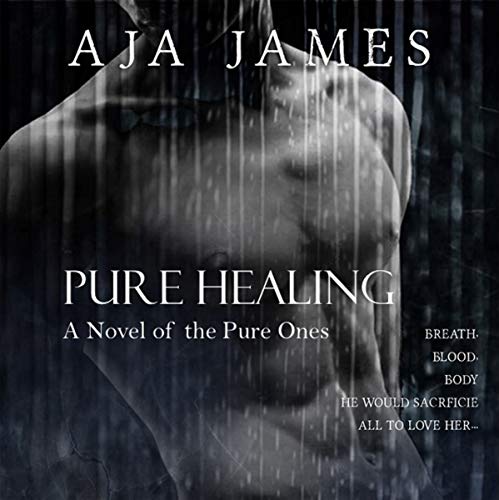 Written by: Aja James
Narrated by: Addison Barnes
Try for $0.00

Enter the world of Pure Ones, a race of immortal, supernaturally powerful beings who protect humankind, where sexual intercourse with anyone other than one’s eternal mate leads to a slow, painful death within 30 days. The healer of the race, Rain, is the only exception to this rule. To harness and accumulate enough energy to heal severe wounds, especially as the war between her people and the vampire hordes accelerates, she must take a consort once every 10 years and draw strength from his blood and body.

But as the war wears on, few Pure-males who are strong enough to serve as her consort remain. Valerius, protector of the race, is the strongest candidate. Despite their instant attraction 10 years ago when they first met, Valerius has staunchly avoided applying to be the healer’s consort. The brutality and violence he suffered as a Roman sex slave in his human life ate away at his soul, leaving a dark abyss of torment and self-doubt.

Now, as Rain’s strength drains with every healing act, Valerius cannot escape the fact that he may be the only one who can save her, and in so doing, afford his people greater hope for the future as battles intensify. Will Rain and Valerius find their way to each other as the struggles between good and evil evolve?

What listeners say about Pure Healing

Narrator was so completely boring. I could not get past the 4th chapter. Story had potential.

Going to read the book. NARRATOR AWFUL!!!!. I fully agree with another reviewer. No inflection whatsoever in the characters voices made story very boring. Story is good.

The narrator had no enthusiasm in her voice and it was just a very boring book. The storyline was extremely confusing and I could stop listening to the book with ease due to the lack of purpose of the book. I did not enjoy it at all, kind of wished I never bought it