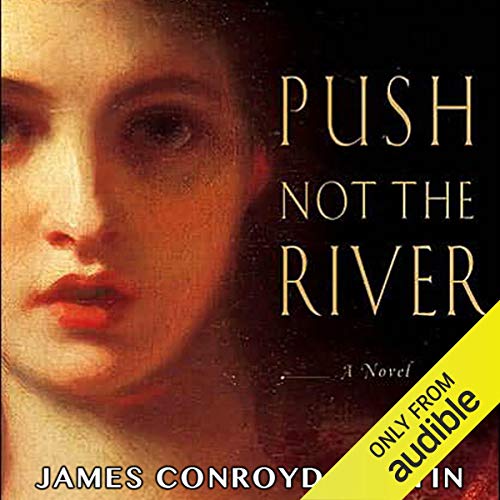 Push Not the River

In the midst of the Partition of Poland, while armies and rebellious forces are tearing apart villages and families, young Anna Maria Berezowska finds herself forced to flee from her home. Without the aid of her parents, and faced with the jealous wrath of her cousin, Anna must navigate this world of war and romance alone. Performed with a warm intensity from veteran Dawn Harvey, Push Not the River is the romantic and thrilling journey based on the true diary of the young countess who survived one of the more tumultuous periods in Poland’s history.

A panoramic and epic novel in the grand romantic style, Push Not the River is the rich story of Poland in the late 1700's - a time of heartache and turmoil as the country's once peaceful people are torn apart by neighboring countries and divided loyalties. It is then, at the young and vulnerable age of seventeen, that Lady Anna Maria Berezowska loses both of her parents and must leave the only home she has ever known. With Empress Catherine's Russian armies streaming in to take their spoils, Anna is quickly thrust into a world of love and hate, loyalty and deceit, patriotism and treason, life and death. Even kind Aunt Stella, Anna's new guardian, who soon comes to personify Poland's courage and spirit, can't protect Anna from the uncertain future of the country. Anna, no longer a child, turns to love and comfort in the form of Jan, a brave patriot and architect of democracy, unaware that her beautiful and enigmatic cousin, Zofia, has already set her sights on the handsome, young fighter.

Thus, Anna walks unwittingly into Zofia's jealous wrath and darkly sinister intentions. Forced to survive several tragic events, many of them orchestrated by the crafty Zofia, a strengthened Anna begins to learn to place herself in the way of destiny - for love and for her country. Heeding the proud spirit of her late father, Anna becomes a major player in the fight against the countries who come to partition her beloved Poland.

Push Not the River is based on the true eighteenth century diary of Anna Maria Berezowska, a Polish countess who lived through the rise and fall of the historic Third of May Constitution. Vivid, romantic, and thrillingly paced, it paints the emotional and unforgettable story of the metamorphosis of a nation - and of a proud and resilient young woman.

What listeners say about Push Not the River

Save your time; buy something else.

I very strongly disliked this narrator. There were pronunciation mistakes and each voice was more annoying than the last (Zophie!! The servants!!! UGH!!!!). The recording seemed hastily and sloppily done. It completely detracted from my enjoyment of the book. That being said--I wasn't very enamored of the story. It lacked great character development--Anna is sort of too good to be true; her aunt rather simple; the love story is not compelling. I wasn't invested in any of this. The Polish history and culture was rather bare boned too ...

I thought the story interesting and gripping. It's hard to believe it's based off of a real person. I thought Anna grew from a naive country girl into a smart and calculating patriot. The only problem I had was with the narrator. Her choice of voices for most of the characters was annoying and very distracting. However, the story was written well and held my attention enough to ignore the irritating narration.

The characters were very difficult to believe due to the melodramatic and exaggerated vocalizations of most of them. I suppose the narrator did the best she could, but the males all sounded so effeminate.

Royalty and Rubble in 1790s Poland

I was completely captivated by this historical novel about the Countess Anna Maria Berezowska and her family during the Partition of Poland in the l790s. First of all, Polish history is something I knew very little about, but when looking a a map of that time frame, I found that Poland was a large land mass, beside Russia. This novel, based on a 200 year old diary of the countess, provides great insight into the battle for Poland's right to remain an aristocracy. Anna, living through the historic Third of May Constitution in 1791, which gave rights of land ownership to the peasants, paints a vivid picture of the rise and fall of the hopes and dreams of the Polish people, while suffering great losses of her own. Her colorful cousin, Zofia, her complete opposite, foils many of Anna's plans . . . while Zofia is wild and unconventional, her schemes sometimes backfire, even on her . . . I've already started the second book in the series . . . You can't go wrong with Push Not the River . . .

Great Book!-please get a different narrator!

I loved the book. It is a great story! It's a rare story about the partition of Poland in the 1700s. The narrator, however, had a VERY VERY poor pronunciation of Polish words; she slaughtered them! Her voice doing the different characters was poor as well. This book is a trilogy. I hope there is a new narrator for the third book.

I remained engaged, although some parts moved somewhat slowly, while others shipped months at a time.

It was a great story so I stuck with it in spite of poor narration.

Wow, what a life

When I read historical books, they never ceases to amaze me. What they endured, especially during I wanna poop inside any today very squeals and take read many things

I laughed at the bad reviews.

Narrator OK, she has an old voice when narrating mostly young people. My favorite is Kate Rudd. I enjoyed the story and the history. Ended too abruptly with a tie up. That was a disappointment.

The book seems well written and the story promises great things. Unfortunately, the narration has every adult Polish female speaking in a child's voice. Can't get past it. If I see this at B&N, I'll pick it up. It's a shame no one caught this.