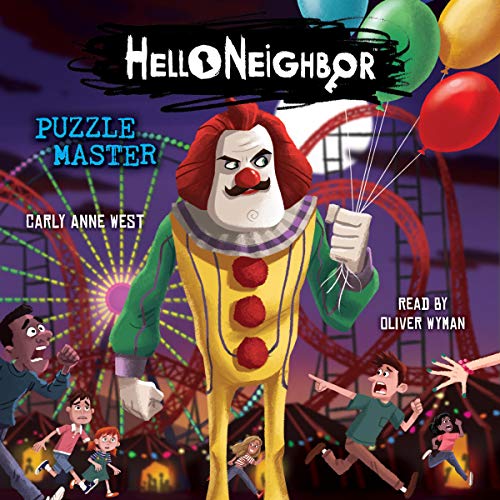 Aaron Peterson feels like he's trapped in a recurring nightmare. After moving halfway across the world to flee his father's latest theme park failure, yet another disaster has occurred: A roller coaster car jumps the tracks at the Golden Apple Amusement Park, resulting in the death of his friend, Lucy Yi.

As the town of Raven Brooks turns against the Peterson family, drudging up his father's past failures and seeking legal action against his flawed designs, Aaron withdraws into his own investigation. Because now Aaron knows the town is hiding a dirty secret: a secret enmeshed in his grandparents' research, the deadly defects in his father's theme park rides, and a secret society that will stop at nothing to keep their existence hidden.

Don't miss this newest installment in the Hello Neighbor series, which features blueprints and secret documents throughout, to help listeners unwind the mysteries at the heart of the games.

What listeners say about Puzzle Master