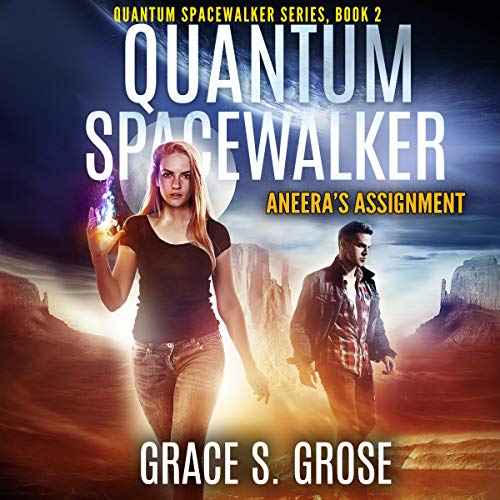 An improbable heroine with an impossible task and a universe in the balance....

It's the day after Armageddon. Now what?

Aneera Henderson knows. She is one of an elite force of Universe Healers. As a former Emergency Room technician, she's seen every kind of trauma. But nothing prepared her for the shambles the entire Universe is in from Satan's rebellion.

Her brother, Jarl, delivered the Revelation 19 sword to Jesus, who used it to put a decisive end to the rebellion at the epic battle of Armageddon on Earth.

A new era has begun. Satan has been cast into the Abyss for a thousand years but he left a tragic mess behind.

Aneera, along with the enigmatic Quinn and other Universe Healers, faces deception, ambush, and vicious assaults from remnants of the rebellion hiding throughout the Universe. Will they be able to complete the restoration of the Universe in the alloted seven years? And will Aneera uncover the mystery of Quinn's disappearance before he's lost to her forever?

What listeners say about Quantum Spacewalker