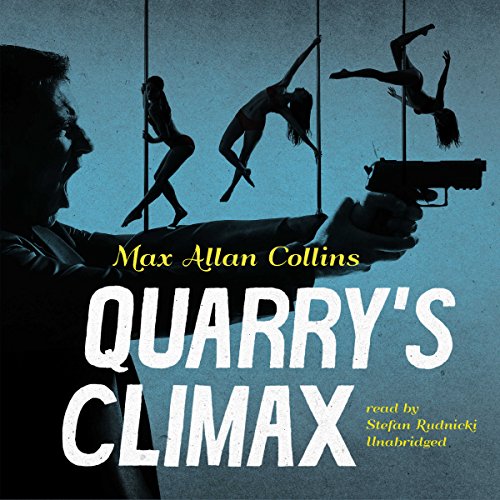 Memphis, 1975. "Raunchy" doesn't begin to describe Max Climer's magazine, Climax, or his all-hours strip club, or his planned video empire. And evangelists, feminists, and local watchdog groups all want him out of business. But someone wants more than that, and has hired a killer to end Max's career permanently. Only another hit man - the ruthless professional known as Quarry - can keep Climer from becoming a casualty in the Sexual Revolution.

#Audible1 Great story, great performance. This is Quarry at it's best. the narrator hits it out of the park as well.

Another great Quarry adventure from Max Allan Collins. They are all so great I would hate to have to rank them. This one really gets into Quarry’s mind at the end and we see a moment when maybe Quarry could have left the business and led a normal life. This is a Broker story, so it takes place when Quarry works for the Broker. The Memphis setting adds a lot to the story and was probably chosen to match up with the Cinemax tv series. Stefan does an amazing job as the voice of Quarry.