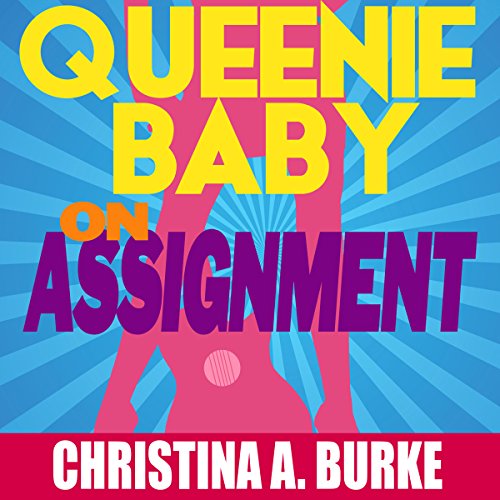 Written by: Christina A. Burke
Narrated by: Angel Clark
Try for $0.00

Meeting your hot new boss in a bar while singing karaoke - bad. Being fixed up with your old high school boyfriend by your meddling sister - annoying. Making out in your sister's minivan with said boyfriend - embarrassing. This week is shaping up to be a doozy for aspiring singer/songwriter Diana Hudson.

On the wrong side of 30, according to her mother, and still living the bohemian lifestyle of a musician, Diana is having a double martini day. Although a sought-after performer on the not-so-happening Annapolis, Maryland, bar scene, Diana works as a temp at Greene's Staffing to pay the bills. Her assignment this week: help the cape-wearing Mr. Vann Pyre find love online. Unfortunately for Diana, the only man in her life for months has been Max, her fluffy, white Shih tzu-Poodle with a crooked overbite and a bad attitude. But unexpectedly, Diana finds herself up to her chin in men. Her mysterious new boss, Mark Greene, smells so good she'd like to hang him from her rearview mirror, and her chiseled, super-sexy high school sweetheart, Rick Ellis, is back to sweep her off her feet. When Diana's love life goes from nonexistent to off the charts, will she give an old romance a second chance? Or will she take a chance on new love?

What listeners say about Queenie Baby: On Assignment

I enjoy audiobooks more than I should which is why a great book with not-so-great narration is painful. That's what we have here. This is a very lovely story with a sweet, adorkable character and that character was performed to perfection. The other characters - every. single. one - were not. I did not get a sense of any of them from this narrator. The performance of the 80-year-old grandfather was a cringefest. This book deserved better.

The book was funny and had some action, loved the pace of the story. And I also the narrator she makes the story come alive, thank you 😊

I received this book for free and I'm glad I did. This is a romantic comedy, not a mystery. I didn't finish it and wont read the next one.

Funny and full of mystery

So funny and full of mystery!! Love the characters and can’t wait to see what happens next!

An interesting story of a woman working toward her ultimate dream of being a lyricist. I like that while not wildly successful, she hasn't given up. I am all about the mysteries and thrillers and less about romance. This had a nice balance of (not really a mystery) drama and romance. I tend to fast forward past any parts that don't interest me. I enjoyed this book and am looking forward to the next in the series

The narrator does terrible men’s voices and SUPER SHRILL and babyish women’s voices and can’t voice or mimic an inner city black person or trans black woman...the only voice that’s, ok, is as the narrator. It’s often grating, however, excellent for falling asleep to, go figure. That noted, the storyline is still funny. The narrator still manages to convey that. Give it a listen; you’ll either like it or hate it. If the narrator is too jarring, read the book; the story is funny.

I thoroughly enjoyed the story which is the only reason I continue to listen. The narrator’s screeching voice for her sister and sometimes for her self almost hurt my ears. I fast forwarded through most of her sister talking and through the times when she was doing that high squeaky voice for herself.

Amusing activity filled book about the crazies surrounding a temp agency. Romance and a crime.

Can wait for more from this author! Great narrator, kept me interested right up till the end!