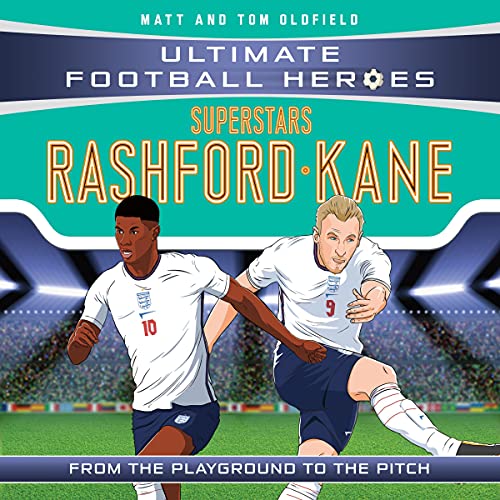 The story of Marcus Rashford is nothing short of extraordinary - one of the brightest young stars on the Manchester United team, future England goal-scoring legend and shining example of philanthropy off the pitch. From tough beginnings in Manchester, Rashford has proven to be one of the Premier League's shining stars, scoring twice on his senior debut, scoring in his first Premier League match and scoring on his England debut in 2016. And he's joins forces with his English team-mate Kane!

Harry Kane used all his self-belief to prove that he could make it as a footballer. Now a superstar striker for Tottenham Hotspur and England, his hard work and determination have paid off. Discover how the boy from North London became the Premier League's most lethal goal scorer.

Follow the stories of these incredible forwards as they journey from the playground to the international pitch and to the Euro and beyond!

What listeners say about Rashford/Kane