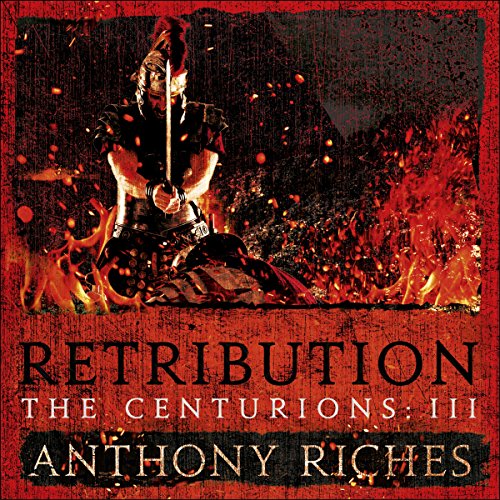 Written by: Anthony Riches
Narrated by: Mark Noble
Try for $0.00

The action-filled climax of the epic story of the Batavi uprising in AD 69, from the author of the best-selling Empire series.

Victory is in sight for Kivilaz and his Batavi army. The Roman army clings desperately to its remaining fortresses along the Rhine, its legions riven by dissent and mutiny, and once-loyal allies of Rome are beginning to imagine the unimaginable: freedom from the rulers who have dominated them since the time of Caesar.

The four centurions - two Batavi and two Roman, men who were once comrades in arms - must find their destiny in a maze of loyalties and threats, as the blood tide of war ebbs and flows across Germania and Gaul.

For Rome does not give up its territory lightly. And a new emperor knows that he cannot tolerate any threat to his undisputed power. It can only be a matter of time before Vespasian sends his legions north to exact the empire's retribution.

What listeners say about Retribution

The flights and horrors of war are particularly vivid. But my favorite parts are that Of the characters, the historical characters, who are fleshed out as part of part of the events, And the vividness, the bringing to life of the Characters of history.

What a great line of books, Centurions.
Great storry, and very neutral. I had problems pointing out the bad guys.
The Batavi was for most part good, but they ro commited horrible things.
Loved the story, wich is close to history.
Only thing missing is the auther's view of Civilis ending.

Too much explicit violence

I was looking forward to the third instalment of this trilogy, having been swept up in the multi-faceted story, strong character development, clear prose style and great narration. Unfortunately, apart from the narration which remains very good, this book was a disappointment. It devolved very quickly into explicit violence which seemed to be the main point of the book. I couldn’t actually finish it, giving up about 4/5 of the way through.