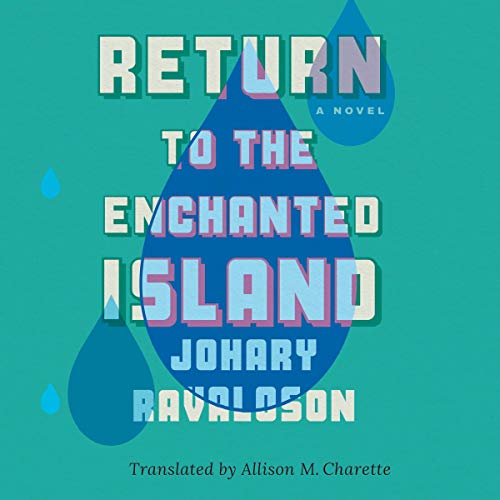 Return to the Enchanted Island

In this exhilarating prize-winning novel - only the second to be published in English from Madagascar - a young man comes of age amidst the enchanted origin myths of his island country.

Named after the first man at the creation of the world in Malagasy mythology, Ietsy Razak was raised to perpetuate the glory of his namesake and expected to be as illuminated as his Great Ancestor. But in the chaos of modernity, his young life is marked only by restlessness, maddening insomnia, and an adolescent apathy.

When an unexpected tragedy ships him off to a boarding school in France, his trip to the big city is no hero’s journey. Ietsy loses himself in the immediate pleasures of body and mind. Weighed down by his privilege and the legacy of his name, Ietsy struggles to find a foothold.

Only a return to the “Enchanted Island,” as Madagascar is lovingly known, helps Ietsy stumble toward his destiny. This award-winning retelling of Madagascar’s origin story offers a distinctly twenty-first-century perspective on the country’s place in an ever-more-connected world.

What listeners say about Return to the Enchanted Island

A beautiful story from Madagascar, about myths and folklore. main character Ietsy is a rich man although most people on the island are poverty stricken. Ietsy struggles with relations to women.
This is the second novel from Madagascar translated to English

Quiet and hypnotic but not a lot of point. This is good for helping you wind down

Return to the enchanted island

I just couldn't get into this book. I tried, I even started it over to see if I wasn't paying enough attention. the second time around didn't make any difference.