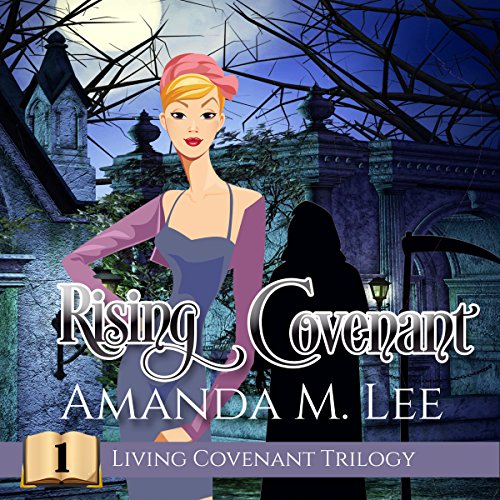 Zoe Lake and Aric Winters thought they were living happily ever after. They were wrong.

Five years after surviving Covenant College's final showdown, they find themselves at a crossroads. They're living together. They're happy. There is no future set in stone, though.

When Zoe's former roommate Paris shows up out of the blue, Zoe couldn't be happier. She needs a sounding board, and Paris was the best one she ever had. Things don't go as planned, and when Zoe's parents go missing, Paris' ties to evil run deep.

Aric will always stand by Zoe, and he has a certain proposal in mind. He can't ensure forever until they handle today - and to do that, Zoe, Aric and Paris have to embark on a rescue mission.

Zoe thought her days as a mage were over. To save the day, though, she has to embrace the magic she's been trying to suppress.

Everyone wants a piece of Zoe - including the only man she's ever loved. A new fight is upon her, and if she wants to be declared the winner, Zoe has to acknowledge that she can't forget the past if she wants to embrace the future.

Zoe knows things are going to come to a bloody end. She just doesn't know whose blood will ultimately be spilled.

What listeners say about Rising Covenant

Apparently this must be a spin off from another series since there are references throughout. It appears that Zoe and Aric, how they met and fell in love, we're the main storyline of this prior series since they were in love and had been together for 5 years at the start of this book. So why, throughout the entirety of this book, was Zoe so unsure of their relationship and Aric constantly having to reassure her of his love. The storyline could have been developed much more to make the book more interesting instead of the main characters constantly professing their love for each other, at nauseam. You could walk away from this book, stop listening for 10 minutes and come back and you haven't missed anything because they're still discussing how much they love each other. I've liked other books from this author but am not interested in more in this series.

Seems like the story jump from college to now, which was disappointing. Then the narrator was different and the story lost personality which made the heroine seem obnoxious, I liked the first two books but it fissed out on this one and this narrator