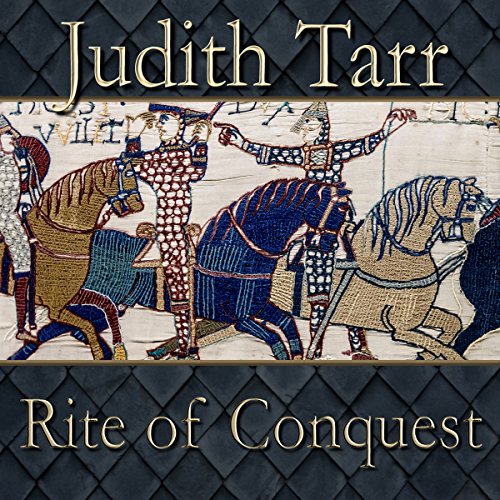 For 500 years the Saxons ruled England, crushing the ancient powers. But a wave of change approaches. Across the Channel in Normandy, William is born-the bastard son of a duke and a magical woman of Druid descent. As he grows to manhood, William's battle skills earn him respect, but his temper and disregard for his innate magical abilities hold him back. He needs a teacher, whether he wants one or not, and finds one in the beautiful French noblewoman Mathilda. But William is resistant to the very idea of magic, and unless he can accept Mathilda's help-and her love-his imperfectly controlled abilities may destroy him. In an epic battle that spans worlds and ages, magical forces and earthbound armies will be drawn together by William as he fights to achieve his destiny-and reign as King of England.

What listeners say about Rite of Conquest