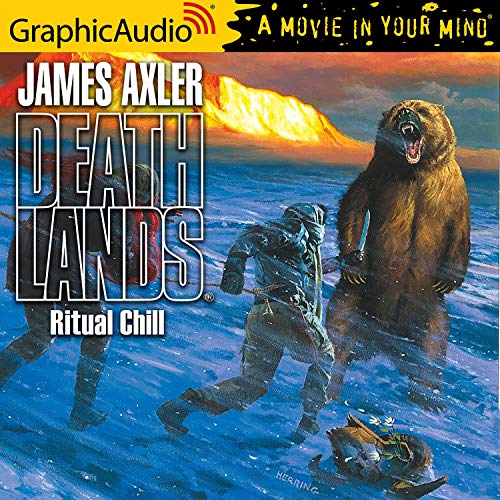 Time and the fallout of a nuclear holocaust have ravaged 21st century America, but one fundamental impulse of human nature remains: the will to survive. And only the strongest do survive. Men like Ryan Cawdor, whose inner strength and stubborn resolve continue to defy the worst that Deathlands offers. With grim determination, he and his warrior group continue to face the stark and brutal choices of this new world that are often not choices at all, but imperatives. Act first, ask questions later.

A cold sense of dèjá vu becomes reality as the group emerges from a gateway they'd survived before — a grim graveyard of lost friends and nightmares. The consuming need to escape the dangerous melancholy of the place forces Ryan and company onto the frozen tundra, where an even greater menace awaits. The forbidding land harbors a dying tribe — cursed members of the ancient Inuit, who seize the arrival of Ryan and his band as their last hope to appease angry gods...by offering them up as human sacrifice.