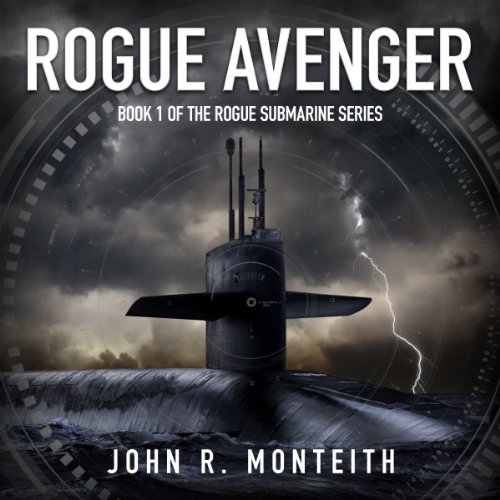 They stole his future. He stole their submarine.

The accident changed everything...One moment, Lieutenant Jake Slate was going about his duties aboard the ballistic missile submarine, USS Colorado. The next second, he was sprawled on the deck plates in a spreading puddle of blood and hydraulic fluid. But it wasn't the injury that ruined his life and doomed his military career. It was the rescue effort.

Now he's being thrown to the wolves to cover up the misdeeds of a superior officer, and Jake doesn't care for the role of sacrificial lamb.

Blinded by rage and unsure of his future, he finds himself at the center of a treacherous plot to hijack the Colorado and sell her nuclear warheads to a foreign power. Jake no longer knows who he can trust. He doesn't know what the future holds. He really only knows one thing. He will have his revenge.

What listeners say about Rogue Avenger

this book was a real sinker stinker

I have read many submariner style books, espionage, adventure, thriller...
This book never got my attention. The story line weak and as the first book in a series , it seems very quickly it's like your four books in to a bad series.. wanting for it to be over.

just not my cup of tea.

feel free to see if it's for you though.

Story is very technically accurate. Its a good story it just needs more info on the supporting characters so you feel for them also. Overall good story. The performance is below average.

A most enjoyable series

I was hoping to find the next book in the series , but alas not on audible . It may not be Dale Brown's ( dream land series ) but few are .

The book has a pretty good story for a basis, but the author fails to pull it off. The details are not very interesting and poorly written. And much of the action aboard the nuclear submarine seems very implausible. I will not be purchasing another book by this author.
The narration was just okay, not as good as most books I’ve listened to.

I hope it's not that easy to hijack a sub

But aside from that single premise, very believable, and enjoyable. Not unlike other good novels.

This story is very well written and told. The audacious actions are boldly described and characters are very well defined. Imagine the actual theft of a US nuclear submarine. What can you say once that concept is described ? Even though the theft is in real life much more difficult if not impossible, it's fun to think about it. (some submariners may find it interesting, but implausible ) I have very much enjoyed the book.