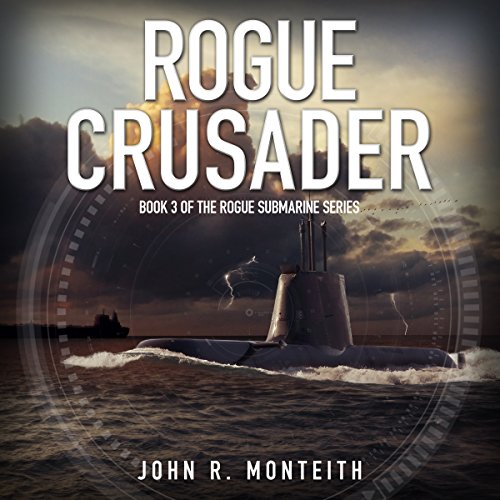 He's a renegade and a traitor. He may also be America's last hope for survival.

A hijacked Israeli submarine. An unprovoked attack against a US Navy destroyer. A civilian oil tanker with a secret cargo of nuclear weapons. Together, they add up to an ingenious plan to penetrate the ballistic missile defenses of the United States.

Standing in the path of destruction is a crew of mercenary submarine sailors, led by ex-US naval officer Jake Slate. Exiled for crimes that should have earned him a military execution, Slate is not anyone's idea of a hero.

What listeners say about Rogue Crusader