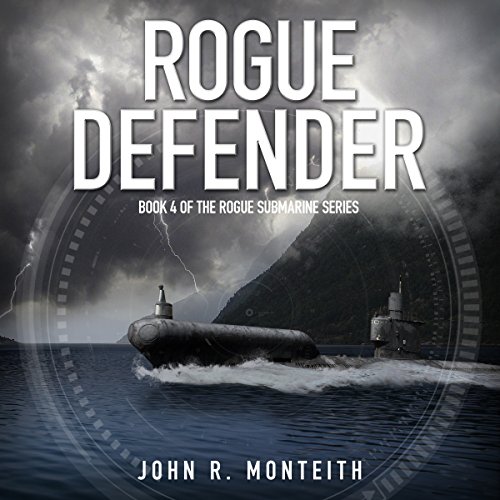 Book four of the Rogue Submarine series: a crew of mercenary submarine sailors and an ex-US naval officer take on the largest military force on Earth.

North Korea has crossed the Demilitarized Zone; the United States is hit by electromagnetic pulse attacks; and the Middle East is unraveling. Has Armageddon begun, or is a mortal puppet master pulling the strings?

Regardless of the answer, the US military is too overwhelmed by global events to continue protecting Taiwan. Chinese troops have gained a foothold on Taiwanese soil, and the tiny island nation has been stripped of her allies. Faced with impending destruction, the Taiwanese will do anything to survive, even if it means crossing the line into nuclear warfare. Their plan is desperate, and quite possibly insane. There's only one man crazy enough to carry it out: former naval officer-turned renegade, Jake Slate.

What listeners say about Rogue Defender

I love this series of novels but the narrator is simply awful. His accents are especially terrible and way off the mark. This read by RC Bray would be phenomenal.